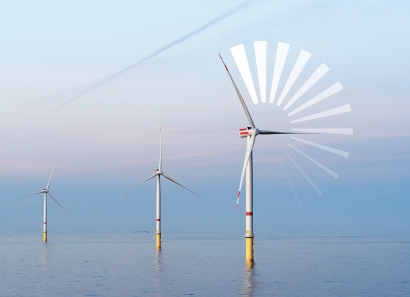 Building on the Bureau of Ocean Energy Management's (BOEM) January issuance of the Final Sale Notice for the New York Bight, the recent key offshore wind contract milestone, and the State of the State announcement of a nation-leading $500 million investment in offshore wind ports, manufacturing, and supply chain infrastructure to accompany New York's next offshore wind solicitation, New York continues to advance the Climate Leadership and Community Protection Act goal to develop 9,000 megawatts of offshore wind by 2035.

"The harsh impacts and costly realities of climate change are all too familiar on Long Island, but today as we break ground on New York's first offshore wind project we are delivering on the promise of a cleaner, greener path forward that will benefit generations to come," Hochul said. "South Fork Wind will eliminate up to six million tons of carbon emissions over the next twenty-five years benefiting not only the Empire State, but our nation as a whole. This project will also create hundreds of good-paying jobs, helping spur economic growth across the region as we continue to recover from COVID-19. This is a historic day for New York, and I look forward to continue working with Secretary Haaland as we lead our nation toward a greener, brighter future for all."

US Department of Interior Secretary Deb Haaland said, "America's clean energy transition is not a dream for a distant future - it is happening right here and now. Offshore wind will power our communities, advance our environmental justice goals, and stimulate our economy by creating thousands of good-paying union jobs across the nation. This is one of many actions we are taking in pursuit of the President's goal to improve both the lives of American families and the health of our planet."

South Fork Wind will be one of the first commercial-scale offshore wind projects to commence operation in North America. Selected under a 2015 Long Island Power Authority (LIPA) request for proposals to address growing power needs on the east end of Long Island, the project will be located about 35 miles east of Montauk Point and its 12 Siemens-Gamesa 11 MW turbines will generate approximately 130 megawatts of power - enough to power over 70,000 homes. Its transmission system will deliver clean energy directly to the electric grid in the Town of East Hampton. Over a 25-year period, South Fork Wind is expected to eliminate up to six million tons of carbon emissions, or the equivalent of taking 60,000 cars off the road annually.

Acting Secretary of State Robert J. Rodriguez said, "South Fork Wind's groundbreaking is a historic milestone for New York's offshore wind industry and for all New Yorkers in our efforts to address climate change. The Department of State continues to work with our stakeholders and government partners to minimize potential project impacts and avoid disruptions to our coastal economy as we transition to a cleaner, greener future. Through our combined efforts, New Yorkers will continue to enjoy Long Island's pristine beaches and the rich ocean resources off our State as we reduce the State's carbon footprint."
Public Service Commission Chair Rory M. Christian said, "The South Fork project will play a key role in developing much needed clean-energy for New York State and it will help New York achieve its nation-leading renewable energy goals while creating jobs and opportunities for individuals and industries. South Fork is a win for Long Island, and a win for all New Yorkers."

This milestone follows BOEM's approval last month of the project's Construction and Operations Plan (COP). The COP outlines the project's one nautical mile turbine spacing, the requirements on the construction methodology for all work occurring in federal ocean waters, and mitigation measures to protect marine habitats and species. BOEM's final approval of the COP follows the agency's November 2021 issuance of the Record of Decision, which concluded the thorough BOEM-led environmental review of the project.

Assembly member Fred Thiele said, "I'm proud to say that Long Island is an emerging trailblazer in renewable energy and will soon lead the state and the nation in offshore wind energy production. South Fork Wind Farm opens an exciting new chapter for us here on the East End, and I look forward to soon having a greener grid powered by this historic investment. I thank Governor Hochul for her continuous leadership and support."


New York League of Conservation Voters President Julie Tighe commented, "Today, we are moving from concept to reality with the groundbreaking of South Fork Wind Farm, New York's first offshore wind project. Congratulations to Ørsted and Eversource! This day is the culmination of years of perseverance to launch this project and new industry that will change the way we power our economy. We have a long way to go to meet our climate goals, but major investments like this combined with the leadership and commitment of Governor Hochul, Secretary Haaland, and BOEM Director Lefton are setting us on the course for a clean energy revolution."

Eversource Energy President & CEO Joe Nolan said, "Today we make history as we celebrate the start of construction on New York's first offshore wind farm. As homegrown experts in regional energy transmission, we have led the way on countless infrastructure projects, but today, we commemorate something entirely new and different. For the very first time, we will be leveraging our expertise to harness the vast, untapped potential of offshore wind."

South Fork Wind will be built under industry-leading project labor agreements and specific partnerships with local union organizations, ensuring local union labor's participation in all phases of construction on the project. Onshore construction activities for the project's underground duct bank system and interconnection facility are the first to begin and will source construction labor from local union hiring halls. Ørsted and Eversource reached these provisions and protections working closely with a range of external organizations and experts, a commitment the companies carry to all stakeholder relationships to support coexistence.

Long Island-based contractor Haugland Energy Group LLC (an affiliate of Haugland Group LLC) was selected to install the duct bank system for the project's underground onshore transmission line and lead the construction of the onshore interconnection facility located in East Hampton. This agreement will create more than 100 union jobs for Long Island skilled trades workers, including heavy equipment operators, electricians, lineworkers, and local delivery drivers who will support transportation of materials to the project site. Fabrication of the project's offshore substation is already underway.

New York State has five offshore wind projects in active development, the largest portfolio in the nation. This current portfolio totals more than 4,300 megawatts and will power more than 2.4 million New York homes, and it is expected to bring a combined economic impact of $12.1 billion to the state. The projects are also expected to create more than 6,800 jobs in project development, component manufacturing, installation, and operations and maintenance. Achieving the State's 9,000 megawatt by 2035 goal will generate enough offshore wind energy to power approximately 30 percent of New York State's electricity needs, equivalent to nearly 6 million New York State homes, and spur approximately 10,000 jobs.

New York State's nation-leading climate agenda is the most aggressive climate and clean energy initiative in the nation, calling for an orderly and just transition to clean energy that creates jobs and continues fostering a green economy as New York State recovers from the COVID-19 pandemic. Enshrined into law through the Climate Leadership and Community Protection Act, New York is on a path to achieve its mandated goal of a zero-emission electricity sector by 2040, including 70 percent renewable energy generation by 2030, and to reach economy wide carbon neutrality. It builds on New York's unprecedented investments to ramp-up clean energy including over $33 billion in 102 large-scale renewable and transmission projects across the state, $6.8 billion to reduce buildings emissions, $1.8 billion to scale up solar, more than $1 billion for clean transportation initiatives, and over $1.6 billion in NY Green Bank commitments. Combined, these investments are supporting nearly 158,000 jobs in New York's clean energy sector in 2020, a 2,100 percent growth in the distributed solar sector since 2011 and a commitment to develop 9,000 megawatts of offshore wind by 2035. Under the Climate Act, New York will build on this progress and reduce greenhouse gas emissions by 85 percent from 1990 levels by 2050, while ensuring that at least 35 percent with a goal of 40 percent of the benefits of clean energy investments are directed to disadvantaged communities, and advance progress towards the state's 2025 energy efficiency target of reducing on-site energy consumption by 185 trillion BTUs of end-use energy savings.