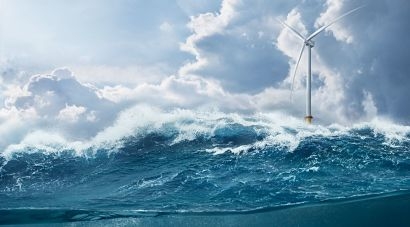 “We’ve gone bigger for the better” said Markus Tacke, CEO of SGRE. “Safely and sustainably providing clean energy for our customers and society-at-large is at the core of all we do. The new SG 14-222 DD is a global product which allows all of us take giant steps towards protecting and preserving our planet. We ourselves became carbon neutral in late 2019 and are on track towards meeting our long-term ambition of net-zero CO2 emissions by 2050. Our installed fleet of over 100 GW both offshore and onshore abates more than 260 million tons of CO2 emissions annually.”

Andreas Nauen, CEO of the Siemens Gamesa Offshore Business Unit, added that since the company helped to create the offshore wind industry in 1991, it has been determined to safely increase operational performance, minimise technology risks and create a consistently lower Levelised Cost of Energy (LCOE), and that the SG 14-222 DD demonstrates the company’s drive to lead the way in a world powered by clean energy.

Extending on the proven offshore direct drive track record, the SG 14-222 DD is based on Siemens Gamesa’s deep understanding and expertise gained over five product generations since the platform was launched in 2011. Key components such as safety systems, hub and tower concepts, operations and maintenance solutions, along with a strong, qualified supply chain form the basis of the new offshore wind turbine.

Over 1,000 Siemens Gamesa Direct Drive offshore wind turbines have been installed in all major offshore wind markets globally. They include the UK, Germany, Denmark, The Netherlands, Belgium, and Taiwan, among others. Furthermore, confirmed orders for an additional 1,000 Offshore Direct Drive turbines have been received, with installations planned for the markets mentioned above and new offshore markets including the USA and France.