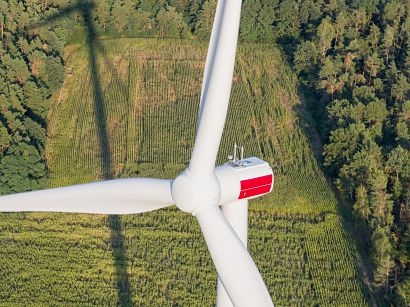 Following its expected commissioning in 2024, the 75 MW Gunwi wind farm will generate enough electricity to power 64,000 local households, forming part of the country’s efforts to reduce reliance on fossil fuels and boost the target of renewable energy generation to 20 percent in the electricity mix by 2030.

Located in Gunwi-gun, Kyongsangbuk-do province, the Gunwi wind farm will feature SG 5.0-145, one of the most powerful turbines available in the local market, to best utilise the wind resources from a mountainous area. To optimise the wind farm performance, Siemens Gamesa also signed a long-term service agreement of 20 years to provide operation and maintenance services.

Operating as a subsidiary of South Korea’s leading conglomerate SK Group, SK D&D has been increasing its investment in the renewables market to fulfil its ESG commitments, including forging a partnership with Siemens Gamesa since 2014 to already develop two wind power projects totaling 84 MW.

South Korea is among the first Asian countries to commit to achieve carbon neutrality by 2050, with plans announced to develop wind energy, both onshore and offshore, in a bid to reduce its reliance on fossil fuels for power generation while cutting carbon emissions. By the end of 2021, the country had wind installations of approximately 1.7 GW, with the share of wind power less than 1 percent of total electricity generation.

Expanding across Asia Pacific, Siemens Gamesa has installed more than 11 GW of onshore turbines in China, Pakistan, Japan, South Korea, Vietnam, Indonesia, the Philippines, Thailand, Australia and New Zealand. On the offshore side, the company completed the installation of Taiwan’s first commercial offshore wind power project in 2019 (128 MW) and in addition reached 2 GW of firm orders and 1 GW of preferred supply agreement.