Tuesday, 20 May 2014
0
Robin Whitlock
RenewableUK says a new report which warns that UK reserves of oil, coal and gas will run out in just over five years shows the need for renewable energy to fill the gap. 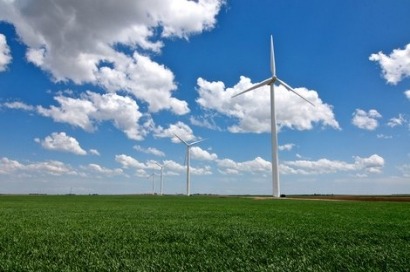 Researchers at the Global Sustainability Institute at Anglia Ruskin University have found that the UK has 5.2 years of oil, 4.5 years of coal and 3 years of gas left. Commenting on the report, RenewableUK’s Director of External Affairs, Jennifer Webber, said that it is a timely reminder of the need to develop UK renewable energy resources to the maximum well before fossil fuels dwindle away to nothing.

According to RenewableUK the study shows that new capacity needs to keep coming forward, however to give investors that message the UK really needs strong political leadership and long-term vision. A 2030 target to cut carbon in electricity generation would be a major step in the right direction. This target should be embraced by all political parties, given that it is a bare minimum, as they should also be setting clear renewable energy targets to stimulate growth and investment if they are serious about making the transition from fossil fuels to renewables as smooth and secure as possible.

“That’s why it’s puzzling that the Conservatives have said they want to stop financial support for future onshore wind projects, especially as onshore wind is the cheapest mainstream form of renewable energy we have in the toolkit” Ms Webber added. “The prospect of running out of fossil fuels in the UK by the end of the decade should focus minds on the absolute necessity of guaranteeing the generation of new low carbon power. Our import dependency has been growing every year, and we can’t let our nation’s energy security be at the whim of a foreign power. Onshore and offshore wind, wave and tidal energy will help deal with this, so they should be getting the right level of support politically and financially to guarantee the UK a secure power supply”.

Much of the discussion concerning ‘peak oil’ in recent years overlooks the fact that oil is unevenly distributed with some countries having little or no reserves of their own the report argues. Other countries such as Iraq, Saudi Arabia and Venezuela have more than 300 years of oil left at 2010 rates of consumption. With the greatest concentration of reserves in the Middle East and the highest rates of consumption per head in Europe, North America and Japan, the clearest conclusion to be drawn is the vulnerability of Europe, the region with the lowest numbers of ‘years left’.