Tuesday, 06 August 2019
0
Dan McCue
Brightmark Energy, a San Francisco-based waste and energy development company, has purchased an anaerobic digester northwest of Madison, Wisconsin, that will convert 90,000 gallons per day of dairy waste from three local farms into biogas and other useful products. 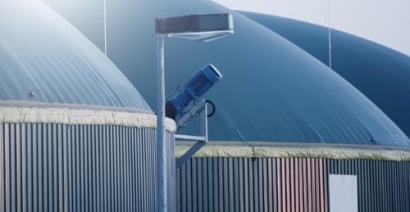 After planned installation of gas upgrade equipment is completed, the project is projected to produce enough renewable natural gas (RNG) to replace at least 50,000 MMBtu of conventional natural gas each year. Brightmark Energy purchased the digester from Clean Fuel Partners, which will continue its work on the project by providing operations and maintenance support.

The project was developed in close coordination with Dane County, Wisconsin. After all phases of the improvement project are complete, the RNG collected from the anaerobic digester will be transported to the county’s recently completed landfill-gas-processing facility, where it will be injected directly into an interstate pipeline owned by ANR Pipeline Company. The Dane County facility is the first such facility in the United States designed to receive biogas from multiple off-site locations and connect that renewable gas with RNG stations locally and across the nation.

“Brightmark is thrilled to have the opportunity to participate in this unique gas-processing facility here in Wisconsin,” said Brightmark Energy CEO Bob Powell.

Anaerobic digestion has been shown to significantly reduce local pollution and greenhouse gas emissions. The process recovers most of the nitrogen and phosphorous from manure so that it cannot escape into the air or local waterways via runoff and uses these nutrients to create balanced biofertilizers that help grow local crops. Anaerobic digestion also prevents methane, a potent greenhouse gas, from being released into the atmosphere, thereby reducing the net greenhouse gas emissions from the dairy manure to be processed at this facility at a rate of 16,000 metric tons per year.

Farmers who are interested in providing additional manure as feedstock for the Madison digester can reach out to Brightmark Energy. In addition to the Dane County project, the company is currently developing similar biogas projects nationwide, and is actively seeking feedstock suppliers with an interest in collaborating on such efforts.