A Consideration of Global Clean Energy Markets: An interview with James Forrest, Global and Utilities lead at Capgemini 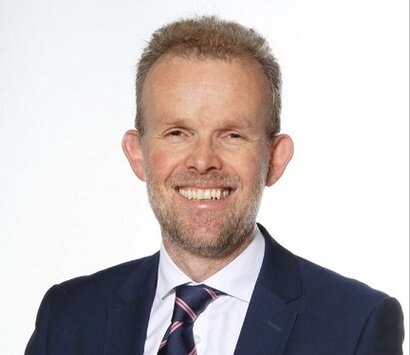 In early October, global energy consultancy Capgemini published the 23rd edition of its World Energy Markets Observatory (WEMO) report which reviews how advances in enabling technologies, new investments, and industry transformation have the potential to help mitigate the effects of climate change – and the steps that must be taken to turn possibility into impact.

Among its findings, the WEMO report calls for:

Consistent and scientific measurement frameworks (simple KIPs) for net zero, alongside a consideration of the dangerous confusion and hype around ambitious net zero goals

Investment in low carbon generation, 5-10 times the 2020 investment to meet both the growth in electrification (threefold of the current capacity required by 2050) at the same time as decarbonising electricity generation

REM talked to James Forrest, EVP, Global Industry Leader for Energy & Utilities at to discuss the report and the current state of global clean energy markets.

Can you give me a bit of background about Capgemini and what it does?

Capgemini is a global leader in partnering with companies to transform and manage their business by harnessing the power of technology. The Group is guided everyday by its purpose of unleashing human energy through technology for an inclusive and sustainable future. It is a responsible and diverse organization of over 300,000 team members in nearly 50 countries. With its strong 50-year heritage and deep industry expertise, Capgemini is trusted by its clients to address the entire breadth of their business needs, from strategy and design to operations, fueled by the fast evolving and innovative world of cloud, data, AI, connectivity, software, digital engineering and platforms.

What was involved in producing the WEMO report? How do you gather the data for this?

The 23rd edition is drafted mainly from public data combined with Capgemini’s expertise in the energy sector. It refers to data collected from 2020 as well as the first half of 2021 (pandemic first wave impacts). Special expertise on regulation and customer behaviour, as well as markets’ data has been provided by research teams at De Pardieu Brocas Maffei, VaasaETT and Enerdata.

What conclusions did the WEMO reach about the current state of world energy markets and their progress on decarbonisation?

The supply of renewable-based electricity has increased, whilst renewable costs decreased in 2020: both solar and wind power generation capacities rose in 2020, representing 10% of the electricity generation market. The downward cost trend has reversed in 2021 and will continue in the following years, as critical metal, equipment, and transportation prices as well as interest rates increase.

The report also found that there is growing momentum around green hydrogen, which has the potential to decarbonise an additional 15% of the world economy. However, green hydrogen is costly: it is around three times more expensive than fossil-based hydrogen. However, decreasing renewable electricity and electrolyser costs could lead towards parity by 2030.

Competition in the electricity and gas retail markets largely recovered in early 2021, however, high energy prices this year have triggered consolidations. Whilst utilities demonstrated financial resilience in 2020, oil and gas players were more severely hit, though many have now recovered thanks to higher demand and prices for oil and gas. Stakeholder pressure on oil and gas majors has accelerated their diversification towards electricity, renewables and e-mobility and reinforced their carbon neutrality commitments, particularly for European International Oil Companies (IOCs).

Energy and utilities’ players today are moving quickly to decarbonize and harness the current energy transition to develop new models and reinvent themselves in valuable ways. By digitizing and embracing low-carbon technologies, many are attempting to find the right balance between meeting stakeholders’ expectations and ensuring business transformation in competitive markets.

While the appeal for clean technologies begins to intensify, the industry must not compromise on the security of energy supply or energy affordability.

Since cost is a major factor in stimulating demand, what progress is being made in various countries to make clean energy both cost-effective and more affordable?

With the combination of technology advancements and market size, renewables have recorded an impressive cost decrease over the last decade, and have become competitive against most, if not all other sources of electricity generation.

For instance, an 85 percent decrease in Levelised Cost of Electricity (LCOE) of utility scale solar, and 60 percent for wind is impressive. However, there are downsides: LCOE doesn’t cover all externalities which require grid investment, and isn’t valued as generation renewables curtailment may occur in the event of extra capacity.

Renewable costs are now rising because material and transportation costs have increased, as well as capital cost. Energy prices have increased almost everywhere in the world.

To enable a successful energy transition, it is crucial to balance energy affordability,  otherwise it can endanger the process. Stakeholders of any kind, including public authorities – regional, national, or local - companies and financial institutions, must select and execute the initiatives that are achieving the best results (in terms of GHG emissions reduction) out of every dollar invested.   Particular attention must be paid to: affordability; prioritizing these investments over others with the same amount of public funding; and not adding costs that the consumer will be paying.

Solar and wind are advancing all around the world, but what other clean energy technologies are beginning to make the grade, approaching the point where they can be adopted at scale?

Currently we are looking at next generation wind and solar, storage and hydrogen. In the future (in the mid and long term), we’ll be looking at potential nuclear fusion and small modular reactors (SMR) as promising low-carbon technologies that could be adopted at scale.

We must also consider the emergence of carbon capture, use and storage (CCUS) technologies as a key ingredient of the energy transition. This includes the ultimate carbon capture facility, the first ever prototype that has recently been tested in Iceland. It is an interesting proof of concept that might ignite the future innovations needed to drive energy transitions.

Of course, there is also the role of digital technologies that must also be considered, including internet of things (IoT), artificial intelligence (AI), robotic process automation (RPA), virtual and augmented reality technology (AR-VR) all of which help deep technologies become more efficient.

Green hydrogen is becoming popular, but what’s happening with the clean energy technologies needed to produce it through electrolysis? This can be expensive and presumably a lot more infrastructure needs to be put in place to achieve it. What promising signs are there of both these issues being addressed and which countries are in the lead on this?

Hydrogen covers only 2 percent of energy demand today. While green hydrogen, which is produced from water electrolysis fuelled with low-carbon electricity, represents only 0.3 percent of total hydrogen production, more than 98 percent of hydrogen produced is considered grey hydrogen.

Hydrogen has huge potential: its use in industry and heavy transportation has a decarbonization of economy potential of 15 percent. Unlocking this potential, for green hydrogen, means massive development of solar and wind, as well as nuclear. For instance, to meet 2030 green hydrogen targets, European players need to increase solar, and wind dedicated capacity from 400GW to 80GW and manage related impacts including grids, hydrogen electrolyser factories and transportation.

When it comes to hydrogen, countries and business players have two viable models. The first is to produce hydrogen close to renewable farms (including offshore, and/or subsea), which means the transportation of hydrogen is minimal. The 12 gas European TSO project is an example of this in action.

The second option is to produce hydrogen close to consumption sites, which means growing electric transportation lines to convey green electricity to electrolysers. An example of this is the long-term project in the UK, where solar production from Morocco is transferred to the UK through dedicated electric transmission lines, which is a 20-billion technical challenge.

Cost is also an important consideration; the cost of green hydrogen today is two to three times more expensive than grey hydrogen. There are also cost parity challenges which will be difficult to achieve by 2030. It is likely that 2040 or 2045 are more realistic milestones.

Today, Europe is leading hydrogen developments, mostly in Germany and France, with about €20 billion committed in investments from now to 2030. China is another key player who is investing about $100 billion by 2025.

What signs are there that countries trailing behind on decarbonisation, such as China and Australia for example, are beginning to improve their performance on replacing fossil fuels?

China has announced its commitment to becoming carbon neutral by 2060. China has also committed to avoiding foreign investments in fossil fuel electricity, which marks a step change. Even in the last week at COP26 we’ve seen that China and the United States have pledged to increase cooperation on climate action, by pulling the plug on coal power, the single biggest source of man-made greenhouse gas emissions. These are positive signs but it’s still not enough when you consider that China contributes for 27% of global emissions today, a figure which is expected to surpass 30% this decade.

On the other hand, while Australia has committed to becoming carbon neutral by 2050 recent reports have shown that the country has the highest greenhouse gas emissions from coal power in the world on a per capita basis, nearly doubling those in China. The Australian government has said it sees a bright future beyond 2050, but these interests, naturally, run directly in contrast to what many state players are attempting to achieve by consigning coal to history.

COP26 – was it a stunning success in your opinion, or did it disappoint at a time when the world really needs a serious ramping up of action against climate change?

There have been many agreements that are significant at the recently concluded COP26 which represent a step in the right direction. We have seen some bold commitments and for the first time the cover decision makes explicit mention of fossil fuels and coal in particular.

But we must not pretend that the summit has been a triumph. Analysts say we are on track for global warming around 2.4 degrees based on current 2030 emissions cut promises. This is alarming and cannot happen. As Betrand Piccard said, ‘there is no planet B’.

Whether COP26 has been a success won’t be decided now. The urgency and criticality of the crisis has been brought into the open. We will only know whether the groundwork at COP26 has been successful when the major polluters return next year with new reduction targets for the crucial decade ending 2030.