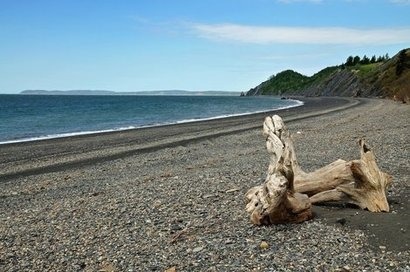 Tidal energy turbines are due to be deployed in the Bay of Fundy later this year and with this in mind FORCE has decided to enhance its environmental monitoring efforts. FORCE, the Offshore Energy Research Association (OERA) and the Nova Scotia Department of Energy has announced $500,000 in funding for a new environmental effects monitoring programme (EEMP) at the FORCE site in the Minas Passage.

“We need to understand what effects in-stream tidal technologies may have on the marine ecosystem” said Tony Wright, general manager of FORCE. “If tidal energy is to grow to a larger scale, development must happen responsibly.”

The program is designed to determine potential turbine effects on the marine environment with a focus on fish, lobster, marine birds, marine mammals, and acoustic effects. While early research in other jurisdictions suggests the effects of in-stream tidal turbines may not be significant, the Minas Passage remains a unique environment requiring further study.

Anne-Marie Belliveau, director of environmental programs at FORCE, added that transparency is critical to the monitoring programme and that the company is committed to capturing data and making the results accessible to the public online. It has also issued requests for proposals to conduct monitoring studies related to marine fish, lobster catchability, marine mammal data analysis and marine seabirds.

FORCE is Canada’s lead centre for in-stream tidal energy technology demonstration, located in the Bay of Fundy. FORCE collaborates with industry, government, and researchers to study the interaction between tidal turbines and the Fundy environment, providing research, environmental monitoring, and the electrical infrastructure to deliver power to the grid. FORCE receives funding support from the Government of Canada, the Province of Nova Scotia, Encana Corporation, and participating developers.