First Permanent Tidal Power Test Site in the US Approved

Wednesday, 04 October 2017
0
REM
The Marine Renewable Energy Collaborative (MRECo) has received final approval from the US Army Corps of Engineers to install the Bourne Tidal Test Site within the Cape Cod Canal. 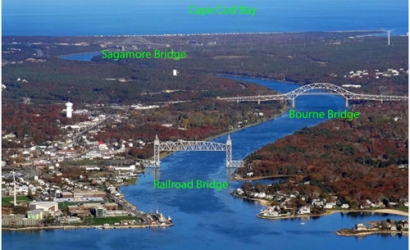 John Miller, Executive Director of the MRECo , said he was pleased with the approval and that “the  Corps of Engineers has determined the Bourne Tidal Test Site will have no impact on the critical mission of the Cape Cod Canal and the local environment.”

Funding for the site was provided by the Seaport Economic Council.  The test stand will be installed in a sheltered spot with access exclusively via the Army Corps of Engineers’ facility. The location is far out of the navigational channel.

Water velocity has been measured at over 2 meters/second (4 knots) on the maximum tidal cycle in both directions, enough to turn different types of tidal turbines to test their efficiency, power output, robustness and more.  Turbines of up to 3 meters can be tested with vertical lift provided for easy access.

MRECo expects to install the platform in November and is accepting proposals for testing in the spring of 2018.

The Bourne Tidal Test Site will be installed on the left side of the railroad bridge next to the Army Corps of Engineers secure facility. Photo of the Cape Cod Canal looking from Buzzards Bay to Cape Cod Bay.