Friday, 08 June 2018
0
REM
Boston Mayor Martin J. Walsh announced plans to issue a Request for Information for competitive pricing of large-scale renewable energy projects at the International Mayors Climate Summit which took place in Boston on June 7th. Mayors from across the country and around the world joined Walsh and leaders from public and private sectors at Boston University. 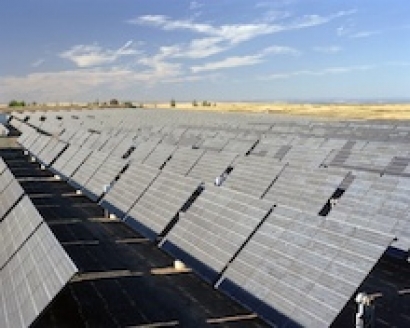 "Our effort on renewable energy will not only help cities cut carbon emissions and get us closer to the goals of Paris Climate Agreement, it will help power our cities and create more, clean energy jobs," said Walsh. "We can do more than just address the problem of climate change. We can build a healthy, thriving future by working together."

The City of Boston is working with partner cities now to compile the collective energy load data for the RFI. The first cities to join the initiative include Chicago, Illinois; Evanston, Illinois; Houston, Texas; Los Angeles, California; Orlando, Florida; and Portland, Oregon. Each of these cities is part of the Climate Mayors network Mayor Walsh Co-Chairs.

"Cities wield the power to create demand and transform the energy market - and when we act together, we can show the world that environmental stewardship and economic prosperity go hand in hand," said Los Angeles Mayor Eric Garcetti.

As more cities join the initiative, their energy demand data will be added to the collective load. The City of Boston hopes to finalize the list of participating cities and issue the RFI later this summer for responses from renewable energy developers. If successful, a large-scale purchase of renewable energy will help power these cities, save money, and offset carbon emissions.

"I applaud Mayor Walsh for taking aggressive steps to bring down carbon emissions levels in Boston, and for bringing cities together to protect the environment and grow jobs across the country," said Chicago Mayor Rahm Emanuel.

The Summit also included a panel with the Co-Chairs of Climate Mayors, a network of U.S. mayors that participated in a similar joint-city initiative last year that demonstrates the collective power of cities to advance climate goals. The Climate Mayors initiative, led by the City of Los Angeles, issued an Electric Vehicle Request for Information (EV RFI) with 30 other cities in efforts to aggregate municipal demand of electric vehicles across the country. The EV RFI demonstrated demand for nearly 115,000 vehicles of all classes, including trash trucks, street sweepers, semis, shuttles, and buses - with an estimated value of $10 billion to replace the entire fleet. The RFI received 40 responses across all vehicle segments.