Monday, 19 July 2021
0
REM
After a 98% shareholder vote on an As You Sow resolution on May 4, General Electric (GE) announced a major commitment to transition its business to address climate change by setting a target to achieve net zero carbon emissions by 2050. This target not only encompasses GE’s operations but importantly includes its Scope 3 emissions from customers’ use of the products it sells, including power generation equipment, which account for a significant portion of the company’s emissions. 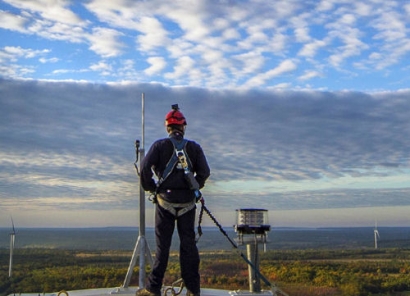 This announcement marks an important shift in GE’s business plans as a major manufacturer of fossil fuel power generation technologies, including thermal power plants and jet engines. GE announced in late 2020 that it will exit the new build coal power market.

As You Sow supports this major step for GE.

Danielle Fugere, President of As You Sow, had this to say about the announcement, “Investors support this commitment by General Electric to take responsibility for the climate impact from use of its products and to transition to a more sustainable business model. GE’s leadership demonstrates that industries involved with the burning of fossil fuels have the capability to evolve their business strategy and reduce their greenhouse gas emissions in line with the IPCC’s global goal for avoiding catastrophic climate change. GE shareholders look forward to seeing further detail on the company’s transition plan and the time frames for action.”

This announcement comes on the heels of a 98% vote on a resolution filed on behalf of Amalgamated Bank and presented by shareholder representative As You Sow on GE’s plans to achieve net zero greenhouse gas emissions across its business and product lines by 2050. In an unusual move the resolution was supported by GE’s board. The resolution was also flagged as a key proposal by the Climate Action 100+ investor initiative, which represents more than 500 investors with more than $54 trillion in assets.

Daniel Stewart, Energy & Climate Program Manager of As You Sow, has this to say about the announcement, “GE’s commitment to such ambitious goals positions the company to thrive in the low-carbon economy and take advantage of new, clean-energy technologies and opportunities. It shows how partnerships between investors and their companies can be incredibly productive in helping avoid risk and contributing to long-term, sustainable company value. There are questions that remain for investors such as GE’s shorter-term targets that we will be working through with the company in the coming months.”

This announcement is part of a larger “Say on Climate” investor movement calling for companies to develop a net zero climate transition plan and report annually on their success in reducing emissions. A recent study found that 20% of the world’s 2,000 largest public companies have adopted net zero commitments, representing annual sales of nearly $14 trillion. Companies such as Microsoft, Amazon, Unilever, and many others have recently committed to become carbon neutral by 2050 or sooner and to annually report progress towards meeting those targets.

As You Sow works to address the challenges and risks of climate change by working with shareholders and energy companies to facilitate a transition to Paris-compliant businessmodels. As You Sow has worked with General Electric over the past several years and is currently engaging with the company through the Climate Action 100+ investor initiative.