Friday, 13 November 2020
0
Robin Whitlock
Tri-State Generation and Transmission has announced new green energy goals that will will reduce carbon emissions for all electricity provided to its Colorado customers 80 percent by 2030, based on 2005 levels. 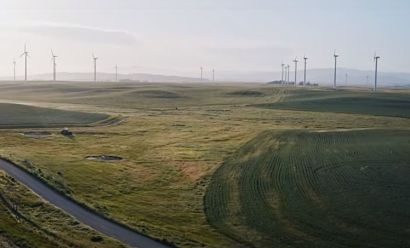 The power supplier will also be working with the Southwest Power Pool, which coordinates regional transmission, to conduct a study on an inter-state regional grid that could accommodate the exchange of energy in the West. Tri-State Generation and Transmission Association and Colorado Governor Jared Polis announced Tri-State will be submitting a ‘preferred scenario’ to reduce emissions associated with its wholesale electricity sales in Colorado by 80 percent by 2030.

With the support of its members and board of directors, Tri-State will put forward this aggressive preferred scenario in its Electric Resource Plan (ERP), which will be filed with the Colorado Public Utilities Commission (CPUC) on 1st December. Tri-State must submit its ERP to the state regulators for approval, as the association seeks to dramatically increase its renewable resources and reduce emissions.

The move comes after widespread criticism from throughout Tri-State’s co-ops that information it provided in its Responsible Energy Plan and resource planning showed it was not meeting the state’s carbon reduction goals.

Governor Jared Polis added that the Colorado’s laser focus on a swift transition to clean, renewable energy has been motivated by the opportunity to grow good-paying jobs, expand economic opportunity, save customers money, and do its part on addressing climate and making its air cleaner. The announcement marks the latest on-the-ground example of these broad benefits including an 8 percent green energy dividend wholesale rate reduction.

Tri-State, a historically coal-heavy utility with some of the highest energy rates in Colorado, said it will be meeting the new goals by increasing its production of wind, the cheapest form of energy in the state, and solar energy, with battery storage. The new announcement also moves the state closer to meeting its climate goals of reducing greenhouse gas emissions 50 percent by 2030, and 90 percent by 2050, based on 2005 levels.

“San Juan County and other rural Colorado communities have been pushing Tri-State for more ambitious climate action, and we’re very pleased that they are listening” said San Juan County Commissioner Scott Fetchenheier. “I hope this will also result in lower rates for coop members, and that it will result in new-energy-economy jobs for rural Colorado”

However, Tri-State has made no commitment to reducing carbon emissions in other states according to the Tri-Harder Network. Tri-State co-op members and businesses have been calling for increased local, clean energy, reduced electricity rates, and reduced pollution from coal plants. Although CEO Duane Highley stated that the new commitments would curtail the import of coal energy from Tri-State’s two out-of-state coal plants, Laramie River in Wyoming and Springerville Unit 4 in Arizona, neither coal plants have early retirement dates.

Connecting to the West’s abundant solar capacity, coupled with the East’s abundant wind capacity, will create an opportunity in the Rocky Mountain region to facilitate efficient transfer of additional generating resources across these regions, and offers opportunities for greater solar resource development within Tri-State’s footprint.