Friday, 03 May 2019
0
Robin Whitlock
The UK can end its contribution to global warming within 30 years by setting an ambitious new target to reduce its greenhouse gas emissions to zero by 2050, the Committee on Climate Change (CCC) said in its Net Zero report released yesterday May 2. 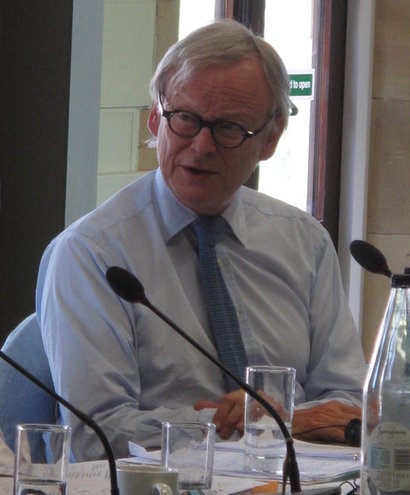 Ten years after the Climate Change Act became law, now is the right moment to set a more ambitious goal said the CCC. Achieving a ‘net-zero’ target by the middle of the century is in line with the UK’s commitment under the Paris Agreement; the pact which the UK and the rest of the world signed in 2015 to curb dramatically the polluting gases that cause climate change.

Scotland has greater potential to remove pollution from its economy than the UK overall, and can credibly adopt a more ambitious target of reaching net-zero greenhouse gas emissions (GHGs) by 2045, while Wales has slightly lower opportunities than the UK as a whole, and should adopt a target for a 95 percent reduction in greenhouse gas emissions by 2050, compared to 1990 levels.

This is a crucial time in the global effort to tackle climate change the report concludes. Global average temperature has already risen by 1°C from pre-industrial levels, driving changes in our climate that are apparent increasingly. In the last ten years, pledges to reduce emissions by the countries of the world have reduced the forecast of global warming from above 4°C by the end of the century to around 3°C.  Net-zero in the UK would lead the global effort to further limit the rise to 1.5°C.

The Intergovernmental Panel on Climate Change (IPCC) has emphasised the vital importance of limiting further warming to as low a level as possible and the need for deep and rapid emissions reductions in order to do so. The CCC’s recommended targets, which cover all sectors of the UK, Scottish and Welsh economies, are achievable with known technologies, alongside improvements in people’s lives, and should be put into law as soon as possible, the CCC says.

Falls in cost for some of the key zero-carbon technologies mean that achieving net-zero is now possible within the economic cost that Parliament originally accepted when it passed the Climate Change Act in 2008.

The Committee’s report, requested by the UK, Scottish and Welsh Governments in light of the Paris Agreement and the IPCC’s Special Report in 2018, finds that the foundations are in place throughout the UK and the policies required to deliver key pillars of a net-zero economy are already active or in development.

These include a supply of low-carbon electricity (which will need to quadruple by 2050), efficient buildings and low-carbon heating (required throughout the UK’s building stock), electric vehicles (which should be the only option from 2035 or earlier), developing carbon capture and storage technology and low-carbon hydrogen (which are a necessity not an option), stopping biodegradable waste going to landfill, phasing-out potent fluorinated gases, increasing tree planting, and measures to reduce emissions on farms.

However, these policies must be urgently strengthened and must deliver tangible emissions reductions – current policy is not enough even for existing targets. Policies will have to ramp up significantly for a ‘net-zero’ emissions target to be credible, given that most sectors of the economy will need to cut their emissions to zero by 2050.

The Committee’s conclusion that the UK can achieve a net-zero GHG target by 2050 and at acceptable cost is entirely contingent on the introduction without delay of clear, stable and well-designed policies across the emitting sectors of the economy. Government must set the direction and provide the urgency. The public will need to be engaged if the transition is to succeed. Serious plans are needed to clean up the UK’s heating systems, to deliver the infrastructure for carbon capture and storage technology and to drive transformational change in how we use our land.

The overall costs of the transition to a net-zero economy are manageable but they must be fairly distributed. Rapid cost reductions in essential technologies such as offshore wind and batteries for electric vehicles mean that a net-zero greenhouse gas target can be met at an annual cost of up to 1-2 percent of GDP to 2050. However, the costs of the transition must be fair, and must be perceived as such by workers and energy bill payers. The Committee recommends that the Treasury reviews how the remaining costs of achieving net- zero can be managed in a fair way for consumers and businesses.

There are multiple benefits of the transition to a zero-carbon economy, the Committee’s report shows. These include benefits to people’s health from better air quality, less noise thanks to quieter vehicles, more active travel thanks to increased rates of cycling and walking, healthier diets, and increased recreational benefits from changes to land use.

In addition, the UK could receive an industrial boost as it leads the way in low-carbon products and services including electric vehicles, finance and engineering, carbon capture and storage and hydrogen technologies with potential benefits for exports, productivity and jobs.

“We can all see that the climate is changing and it needs a serious response” said Lord Deben, Chairman of the Committee on Climate Change. “The great news is that it is not only possible for the UK to play its full part – we explain how in our new report – but it can be done within the cost envelope that Parliament has already accepted. The Government should accept the recommendations and set about making the changes needed to deliver them without delay.”

A net-zero target would require a 100 percent reduction in greenhouse gas emissions. It is referred to as ‘net’ as the expectation is that it would be met with some remaining sources of emissions which would need to be offset by removals of CO2 from the atmosphere – by growing trees, for example.

The Ground Source Heat Pump Association (GSHPA), among other clean energy trade associations and NGOs, has welcomed the CCC’s support for ground source heat pumps within the report.

Ground source technology is already delivering significant heating cost benefits to thousands of tenants, having been recognised by Housing Associations and social landlords as a powerful weapon in the fight against fuel poverty.

“The Ground Source Heat Pump Association is very pleased that the CCC recognises the contribution that heat pumps can make towards achieving net zero by 2050” said Mr Beanland in response to the report. “Ground source heat pumps are a proven, efficient and low carbon technology that can deliver heating to households and businesses at the lowest operating cost. A heat pump deployed today is progressively lower in carbon emissions over its lifecycle as the electricity grid is decarbonised further.”

Ground-source ground arrays are infrastructural assets of national importance and value. Their very nature strengthens the country’s fuel security by lessening the need for fuel imports, and they are predominantly deployed using UK labour

“To accelerate heat pump deployment across the country, we want to work with Government and other parts of industry to improve and monitor standards to ensure the strongest possible consumer confidence and protection, and to provide high quality transition training for existing conventional heating sector technicians to both protect jobs and to meet the uplift in market demand” Mr Beanland said.

“The UK's anaerobic digestion (AD) industry fully supports the Committee on Climate Change's call for net zero emissions by 2050, which is a vital target to ensure we avoid the worst effects of climate change” said Charlotte Morton, ADBA Chief Executive. “By converting organic wastes and crops into renewable heat and power, clean transport fuel, and soil-restoring natural fertiliser, AD has already reduced the UK's greenhouse gas emissions by 1% and has the potential to reduce them by as much as 5 percent if the industry meets its full potential. Crucially, AD reduces emissions from hard-to-decarbonise sectors such as heat, transport, and agriculture, as well as from the power sector and from waste. As a technology-ready solution that can tackle climate change right across the economy, it's vital that government recognises and rewards the many benefits of AD so it can make the maximum contribution to decarbonisation at speed and scale. We therefore also support the CCC's call for a new regulatory and support framework for low-carbon heating (where biomethane from AD can make an important contribution) to address the current million-pound funding gap.”