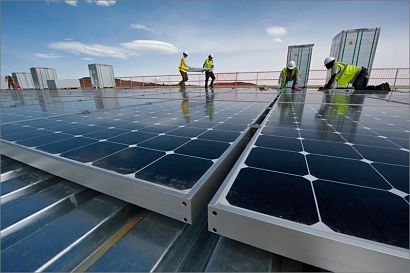 Agritrade International Pte Ltd and Hector Capital have invested up to $100 million in the company, which is aiming to expand its business to other attractive markets in Asia-Pacific. Founded in 2013 by Mr. Matthew Peloso, Sun Electric is Singapore’s first licensed solar energy retail company and has been developing solar rooftops with JTC and other commercial property owners in Singapore. The company was listed as one of the world’s Top 10 Most Innovative Companies in the Energy Sector” in 2016 by influential league table Fast Company. It has a pipeline of more than 80 MW of solar rooftops projects in Singapore and is working to increase this to over 300 MW.

“This is an exciting investment opportunity for Agritrade and Hector Capital as we are entering a new sector, renewable energy, which is complimentary with our existing investments in the power generation sector” said Edgare Kerkwijk, advisor to Hector Capital and Agritrade and other companies associated with the transaction. “With the recent of the announcement of the Singapore government that they want to ramp up its solar capacity by more than seven times from current levels to 2 GW installed capacity, we are keen to participate in this growth and support Singapore’s ambitions for renewable energy”.

With the support of the new majority shareholders, Sun Electric will now fast track the construction of its current project pipeline and will initiate discussions with rooftop owners to enlarge its existing portfolio of solar rooftops in Singapore to build several hundred MW within 3 to 5 years while its regional target for Asia-Pacific exceeds 1 GW.