Friday, 21 February 2014
0
Dan McCue
After a slowdown in capital spending, confidence has returned to the photovoltaic sector as demand growth and stabilized pricing has led to improved market dynamics, according to Jon Campos, analyst for solar research at IHS. 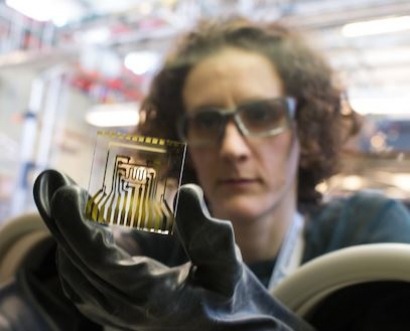 Campos predicts global capital spending in 2014 by producers of photovoltaic (PV) ingots, wafers, cells, modules and polysilicon will rise by a robust 42 percent to reach $3.37 billion and another 25 percent to $4.22 billion by 2015.

After an industry shakeout in 2012, "the market has come closer to equilibrium," Campos says.

"Companies are now looking to PV demand as the proxy for future strategy," he continued. "The industry consensus is of a return to high installation growth in 2014."

IHS predicted back in December 2013 that 2014 would see that strongest growth in three years with installations reaching 40-45 GW. These increasing demand forecasts are compelling leading manufacturers to expand production capacities in order maintain and improve their respective market shares.

"While there are expansions underway in developed solar regions of the United States, European Union and China, PV manufacturers are gaining interest in running operations in emerging markets, a trend that is expected to result in new factory openings and boosting local capital spending in areas such as the Middle East, South America and parts of Africa in the long term,”  Campos said.

Chinese manufacturer Canadian Solar and U.S.-based SunPower have both confirmed their plans to expand production capacity and increasing capital expenditures.  In SEC filings related to its latest stock offering to raise around US$200 million, Canadian Solar noted that one of the key reasons for raising capital was for further expansion of module manufacturing capacity to 3GW to meet growing demand. The same filing also revealed that the company had increased module assembly capacity at its plant in Ontario, Canada from 330MW at the end of 2013 to 530MW of as of January 31, 2014.

Meanwhile, SunPower has guided that its capital expenditures in 2014 would nearly double that of 2013. The company reported that 2014 capital spending would be in the range of $150 million to $170 million, an increase of approximately 90% from its original guidance of $70 million to $90 million. IHS expects other manufacturers to make similar expansion plans throughout 2014.