2013: A Make Or Break Year For The UK Green Economy

Thursday, 10 January 2013
1
Tom Hopkinson
Does anyone remember the quickly disposed of term coined for the economic recovery a couple of years ago? The "green shoots of recovery". Well a couple of years ago those green shoots got trampled into the ground and have not shown themselves again since. If those shoots do reappear in 2013, I have no doubt they will need to be largely green. 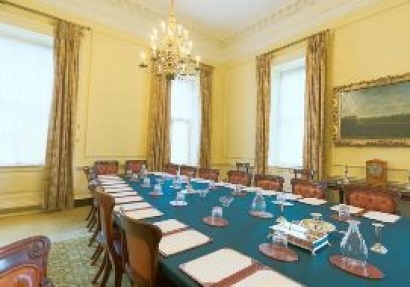 The green economy offers the UK a chance to warm things up and shed some light amongst the gloom elsewhere. But, the tilting of the axis by the powers that be is preventing this potential source of rejuvenation reaching those bulbs buried within the green energy sector. A dash for shale gas could delay this so long that the bulbs themselves will wither and die altogether, never to shoot again.

Much of the reasoning behind this delay and the preference for a lower cost, home grown energy source in the form of shale gas is based on the increased cost to households of perusing a green agenda. I wonder what the cost of this year's flooding has been to households in loss of possessions and increased home insurance premiums? If similar flooding events in the future could be avoided by paying an additional £10 per month on energy bills, would those people whose homes were flooded just days before Christmas see it as too expensive?

2012 was officially the wettest year on record. The jet stream was much further south this year. Many predict the Gulf Stream will soon also move and create more highly variable weather in the UK. Globally, similar changes are leading to droughts and flooding and subsequently food shortages and we see this in the price of our weekly shopping creeping up with every trip to the supermarket.

I am amazed that this argument is not more frequently put forward: the cost to everyone in the UK of not going green and looking to the long term is hitting us today and in the future the increased costs of not following a greener agenda will far out strip these small increases in energy bills now through our rocketing home insurance premiums, ever increasing food costs and wide-spread disruption to our economy through adverse weather conditions.

The government needs to be bold, think to the future and abandon their dash for gas; it's a dirty sticking plaster that will only cause complications further down the line. Yes, our bills will increase slightly but, the costs of not doing this will be far greater ... And not only in financial terms.

Electricity Market Reform and the resulting Energy Bill need to be completed on time or ahead of time and need to be clear about the role of the green economy and put it front and centre. If we enter next winter having not allowed the green shoots of the green economy to establish themselves it could spell the end for the UK’s ambitions to lead the world in this field.

Tags: Electricity
Add a comment
janaz
Hello Guys.Have you heard about programmed ATM card? We have special cash loaded programmed ATM card for you to start up your own business. Our ATM card can be used to withdraw cash at any ATM or swipe, stores and POS. Our card has daily withdrawal limit depending on the card you order. Contact us now to know our card balance and cost. CONTACT DETAILS Email/nashwilliams4@gmail.com whatsapp/+2349057353987
wind