Opposition to the Barro Blanco project in Panama halts construction

Friday, 03 April 2015
0
Al Maiorino
Due to the opposition from local residents and alleged environmental violations, construction of a hydroelectric dam in Panama was halted in February 2015 by the Panamanian government.  The $225 million hydroelectric project was expected to create at least 28 MW of energy to eventually reduce CO2 emissions, along with a significant number of new jobs and revenue. 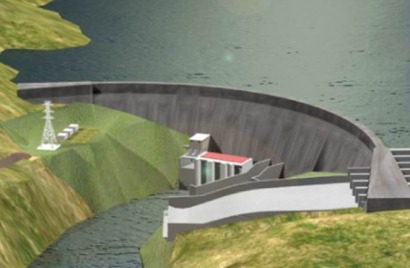 This dam, known as the Barro Blanco project, began construction in 2008 on the Tabasara River, west of Panama City.  By February, project construction was approximately 95 percent complete.  However, with Panama’s Environmental Agency (ANAM) suspicion of violations of the project’s environmental impact assessment (EIA), an investigation has stopped construction, causing public opposition to resurface and costly delays in the construction process.

Since construction commenced, the project’s main opposition group has been the neighboring Indigenous community, the Ngäbe Buglé. This group’s main concern is the effect of the project on their lands since the Tabasara River, where construction is taking place, is a source of food upon which they rely.

They believe that when the flowing river gets turned into a stagnant lake, it will greatly affect the surrounding environment and biodiversity.  Though the site of the dam is not located on their land, they feel that the Barro Blanco dam’s reservoir will flood 13 acres of their lands and villages, putting schools and religious, cultural, and archaeological sites in their traditional territory at risk.  As a result, the Ngäbe Buglé believe members of their community living along the river will be forced to relocate, negatively impacting 2,000 families in some way.

Though from the beginning the Ngäbe Buglé have vocally opposed the project, the ANAM’s ongoing environmental investigation continues to spur input local stakeholders and national officials. The Movimiento 10 de abril (M-10) is a local environmental and human rights organization that feels the Ngäbe Buglé were never consulted on the dam proposal’s impacts from the outset, despite the UN Declaration on the Rights of Indigenous Peoples, which requires the consultation and consent of indigenous populations.

As a result, the Panamanian government states that they want to hold negotiations to address the conflict that continues to surround this project.  While the Panamanian President, Juan Carlos Varela, is optimistic that the negotiations will result in a solution, Toribio García, the president of the Regional Congress of the Traditional Ngäbe Buglé, says that the Ngäbe Buglé remain steadfast in their opposition and the issue remains unnegotiable.

With the creation of any new hydroelectric project, special interest groups and local communities will always play a part in the success or failure of the project.  Because the Barro Blanco project did not receive vocal public support to mitigate the voices of those against the project, delays continue to plague this important renewable project. To save time and money, companies need to engage the local communities by keeping them informed of the approval process and how to show support every step of the way.

Stay in control of the message

From the moment that a project is announced, community outreach should be planned to introduce strategic messaging and educate the community on the details of the hydroelectric project proposal.  Targeted direct mail affords proposals the opportunity to highlight the project’s benefits.

It is important to make sure that the first introduction of the project to the community comes from project experts directly.  If the public is not updated on project’s progress, it is likely that opposition groups will gain a considerable head start on efforts to halt the development process. By meeting with supporters and encouraging their activism, your company will develop a solid base of support that can be mobilized as needed to show support before community leaders and public officials.

Present a Call to Action

Sites can range from a single page that states the important details and urges support, or they can be multi-faceted containing detailed renderings and simulations. Under any budget, a website is an essential tool to drive recognition and support. When provided space to sign up as a supporter and provide contact information, viewers will join your advocacy network and expand your database for inclusion in grassroots mobilization.

It is important to keep track of supporters, undecideds, and opponents digitally for the most organized and efficient approach to mobilizing support when needed.  The database should include telephone numbers and email addresses as well as any other demographic information available such as political party, age, income, etc..  This allows for supporters to receive targeted communications on the project based on their predisposition for support.  With this database, the outreach campaign can be structured like a political-style campaign.

Social media is a quick and easy way to promote campaign messages throughout the social sphere.  Social media sites are updated regularly to allow supports instant access to any new information that can be used to support a project’s cause and create organic grassroots growth in the supporter base.  With the use of social media growing every day, advertising on these sites is an effective way to reach potential supporters and is more cost effective than the traditional full-page print ads in the newspaper.

It is essential that community members and stakeholders receive as much information on the hydroelectric project as possible so that they have a chance to ask questions and develop informed opinions on the project.  Open House events allow supporters, opponents, and undecideds to have direct contact with the project experts so that they can ask questions on an individual basis at various stages of the project. The alternate approach of a presentation-style event often allows for grandstanding and interruptions, which fuel the negativity from the outset. People who will be affected by the project will always have questions that will change over time.  Open house events can help ease community members’ concerns and create a positive flow of information without myths that risk sinking the project before it starts.