Wednesday, 08 April 2020
1
Dan McCue
A bipartisan group of 15 U.S. Senators wrote Agriculture Secretary Sonny Perdue Tuesday, asking him to direct some of the department's coronavirus relief aid to struggling biofuel producers. In their letter, Sens, Chuck Grassley, R-Iowa, Amy Klobuchar, D-Minn., Tammy Duckworth, D-Ill., and 12 of their colleagues note that as Americans have followed the advice of their state and local governments and remained at home, fuel consumption has dropped dramatically. 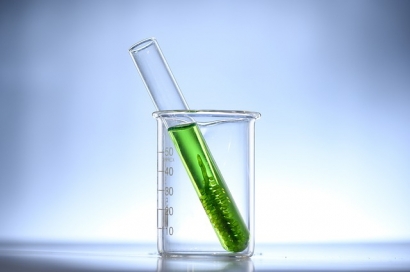 "The decrease in fuel consumption has left production facilities little choice but to idle production or close completely,” the senators wrote in a letter to USDA Secretary Sonny Perdue.

“Farm income and prices for corn and other crop commodities are directly linked to the health of the renewable fuel industry, as ethanol plants use 40 percent of all corn grown in the United States ," they continued.

"Among other feedstocks, biodiesel and renewable diesel producers currently use over 8 billion pounds of soybean oil a year, creating demand that adds 13 percent to the cash price of a bushel of soybeans," the senators said.

Since the onset of the coronavirus pandemic in the United States, 41 ethanol plants with an annual production capacity of 3.2 billion gallons have been fully idled, while 66 plants have reduced their output rates by a collective 1.8 billion gallons.

Another 13 plants with 0.8 billion gallons of capacity were closed or idled due to other factors prior to the national health emergency.

“Once again, renewable fuel champions in the Senate are working tirelessly to stand up for an industry that is vitally important to rural America,” said Geoff Cooper, president and CEO of the Renewable Fuels Association, in a written statement.

“We thank them for recognizing the unprecedented challenges facing ethanol producers today and seeking solutions to help our industry weather this storm," Cooper said. "Ethanol prices have plunged to record lows, stocks are at all-time highs, and plants throughout the Heartland are shutting down.

"As ethanol serves as the largest market for U.S. corn growers, the well-being of the ethanol industry is directly linked to farm income and the livelihood of farm families across the nation. We agree with the senators that providing assistance to the renewable fuels industry would be an appropriate and timely use of emergency relief funding appropriated to USDA,” he concluded.

Tags: Fuel , Biofuel , United States , Biodiesel , Oil
Add a comment
Curt Lennix
INTERNET SCAM ALERT‼️ The internet today is full of SCAM ADS, mostly in comments of various sites and blogs. A large number of individuals have been victims of scam and lost a lot of money to SCAMMERS. Most of the common scam you can see are -: ❌BANK LOAN SCAM. ❌BINARY OPTIONS SCAM. ❌MONEY MULTIPLICATION SCAM. ❌HACKING SCAM. ❌GETTING DEGREE SCAM. ❌SHOPPING SCAM and lost more.......... But here is a good news to everyone who has been a victim of INTERNET SCAM❗️ You can get your money back from the scammer, and can even get more than what you lost, No Authorities will not been involve just the genius of our skill. WHO ARE WE⁉️ We are PYTHONAX ! A group of skilled Hackers who have dedicated our time to helping individuals to get back thier money from INTERNET SCAMMERS. A research was carried out and an approximation of more than $3billion USD annually was said to be lost to INTERNET SCAM. This is so wrong and that’s why we have decided to help individuals get thier money. HOW DO WE OPERATE⁉️ We use a RAT(Remote Access Trojan) to take over the SCAMMER(s) device(Phone or Computer) and take back your money by accessing their Bitcoin wallets or Bank Account. Most of this scammers use their Bitcoin to save money they get from SCAM activities. This is because Bitcoin keeps the money hidden from FINANCIAL INSTITUTIONS BOARD from getting to see the money they can’t give account for. If you have been a Victim of INTERNET SCAM, then you should contact us via the Email below Email-: pythonaxservices@gmail.com pythonaxhacks@gmail.com Pythonax. 2020 © All Right Reserved.
wind