Monday, 11 July 2011
0
Toby Price
The Brazilian Sugarcane Industry Association (UNICA) reports that investments in the country’s sugarcane industry need to increase dramatically over the next decade to avoid a sugarcane deficit that could reach 400 million tonnes per year. Meanwhile, a Brazilian heads to top of FAO, which could boost image of Brazilian biofuels on international stage. 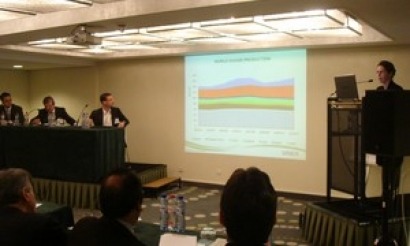 The event, which focused on the outlook for world sugar production and trade, included a session devoted to the Brazilian sugar economy, production and trade. The event attracted more than 50 participants, including top specialists from the field and high-level European Commission officials.

“Ethanol demand will grow in the domestic market not only for fuel, but also for other uses like bio-chemicals and bio-plastics,” Kutas noted, adding that “this is obviously a challenge that the sugarcane industry will have to face as well as an incentive for more investments in higher value products. We need to think about ways to maximize current technologies and deploy future innovations. This challenge requires partnerships and cooperation among all interested parties, including the industry and government”.

Kutas also pointed out that the key question at the moment is the upcoming revision of regulations for both sugar and ethanol, announced by the Brazilian government earlier this year.

"Export taxes on sugar shipments are unlikely" she said, arguing that the Brazilian government is a fierce defender of free global trade for agricultural products. Kutas also welcomed the decision by the Brazilian government to transfer the responsibility for ethanol to the National Petroleum, Natural Gas and Biofuels Agency (ANP). “Ethanol needs to have a regulatory framework made for an energy commodity,” she concluded.

Brazilian heads to top of FAO

Meanwhile, the appointment of Brazilian, José Graziano da Silva, as the new Director-General of the United Nations Food and Agriculture Organization has been seen by UNICA as a great opportunity to strengthen the image of Brazilian ethanol on the international stage.

UNICA has criticised the manner in which Brazilian ethanol is discussed in UN debates in relation to high food prices.

"The issue is sometimes discussed in too simplistic terms which put food head to head with fuels, and indiscriminately condones biofuels," says UNICA. According to the association, an exhaustive analysis outlining the fundamental differences between, for example, the ways in which ethanol can be produced and the feed stocks used has not been conducted.

Indeed, in his first speech as the new chief of the FAO, Graziano argued that biofuels should not be "demonised" in relation to food prices. "Brazilian biofuel does not compete with grain production”, he said. In some countries such as Argentina, Graziano said, the use of wheat surplus had not diverted crops for food use. However, he did acknowledge that in parts of Africa and Asia the FAO had identified some areas where the production of biofuels had competed with food security, which had to be tackled. "Biofuels are not the silver bullet," he said, "but they should not be demonised either."