Solid biomass has bright future with 3.6% rise in energy production in EU in 2009

Friday, 11 February 2011
0
Toby Price
In our final report on the recent findings of the latest bioenergy EurObserv’ER barometers, we look at solid biomass in Europe, a market which remained buoyant despite the recession. According to EurObserv’ER’s Solid Biomass Barometer, 3.6% more energy was produced from solid biomass between 2008 and 2009, with a total of 62.2 TWh of electricity produced using this fuel in the EU in 2009. 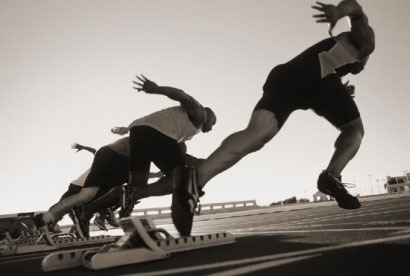 The Solid Biomass Barometer shows that solid biomass leaves other renewable standing in terms of use and potential. Primary energy output from solid biomass combustion rose in 2009 yet again to a new height of 72.8 Mtoe. “The reason for this exploit, which prevailed over the tight economic context, is the resolve made by many countries to rely on this energy to achieve their European electricity or heat production target levels,” explains EurObserv’ER. Growth of electricity output from solid biomass is particularly steady as it has increased by an average of 14.7% per annum since 2001 rising from 20.8 to 62.2 TWh in 2009, when it posted new growth of 7.4% over its 2008 level. Most of this production, 62.5% in 2009, comes from cogeneration plants. First available estimates put solid biomass heat sales to heating networks slightly higher in 2009, at around 5473 ktoe (5434 ktoe in 2008). EurObserv’ER highlights that the current European context is “highly conducive” to energy recovery from solid biomass (wood, wood waste and other solid plant or animal matter). All the European Union countries aim to develop its potential, with Germany, Sweden, Finland and France leading the way.

An Ecoprog and Fraunhofer Umsicht survey reports that the number of solid biomass power plants has practically doubled over the past 5 years. It also asserts that there are about 800 biomass plants in Europe with combined capacity of some 7.1 GW. Furthermore, the capacity of these power plants should rise to 10 GW before the end of 2013. These figures do not include fossil fuel based co-combustion power plants, which are highly popular in the United Kingdom and Germany. “The reasons for this significant growth are the introduction of an incentive system for biomass electricity production (feed-in tariff and green certificate) and the introduction of subsidies to make investments easier,” say the report’s authors. The main producer countries are the major Scandinavian forestry countries and also Germany and Austria. They have led the way by subsidising biomass electricity for over a decade.

High growth for heat and power

The European Union’s biomass energy recovery ambitions have what it takes to cheer the European biomass boiler industry along with all the other actors who depend on the wood energy industry. As mentioned above, the Ecoprog and Fraunhofer Umsicht study points to high growth prospects for both the heat and electricity segments of the market.

EurObserv’ER finds that despite the recession, the investment sums and level of orders taken in 2009 in most of the major European markets (primarily France, Germany and the United Kingdom) remained relatively high. In Eastern Europe the market is also swimming with the tide, particularly in Poland and Slovakia. Many energy operators are currently investing in these countries such as Dalkia and E.ON.

The biomass cogeneration market is certainly the most vibrant because increasing numbers of operators are getting involved in it. At the start it was basically championed by the timber processing industry (sawmills, paper pulp and particle board manufacturing industries). The authorities’ determination to encourage renewable electricity production through incentive mechanisms (feed-in tariffs, tenders, green certificates, installation subsidies) has led to customer-base diversification that has opened up to other business sectors such as food-processing.

Another developing customer base is that of the district heating boards and energy services companies which are taking a leaf out of Scandinavia’s book and installing an increasing number of biomass cogeneration boiler plants.

139.2 tWh of electricity within ten years

Most of the National Renewable Energy Action Plans (NREAP) submitted by the Member States to the European Commission put solid biomass centre-stage in their game plans. A study by the Energy Research Center of the Netherlands (ECN) of the 21 (out of 27) NREAPs sent to the European Commission on 1 October 2010 anticipates that electricity and heat outputs will rise sharply in these sectors. “The electricity output of the 21 countries represented should rise from 52.2 TWh in 2005 to 130.9 TWh in 2020,” says the study.

Over the same period, the electrical capacity of biomass power plants (solid biomass and waste) should more than double, rising from 10 to 23 GW. The consumption of solid biomass heat in these countries should rise from 45.2 Mtoe in 2005 to 66.8 Mtoe in 2020, which is an increase of 47.6%.

In the shorter term, the results for 2010 will provide the occasion to gauge the efforts made by the EU countries through their action plans for biomass. The plan targets 149 Mtoe of primary energy consumption in 2010 for all the biomass sectors combined (liquid biomass, biogas, solid renewable municipal waste and solid biomass).

“Today biomass energy is the best ambassador for green growth, be it in terms of creating wealth or creating jobs,” conclude the authors of the Solid Biomass Barometer.