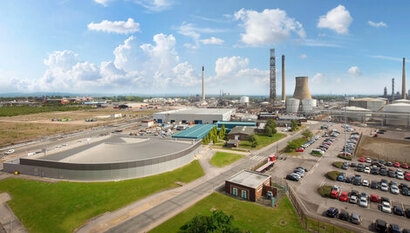 The UK’s leading decarbonisation cluster project, which spans the Liverpool City Region and Greater Manchester Combined Authority areas, along with Warrington, Cheshire, Flintshire and Wrexham, will supply low carbon hydrogen to fuel businesses and heat homes across the region – enabling a switch away from fossil fuels starting in 2025.

The organisations see switching to low carbon hydrogen as a critical opportunity both to rapidly cut carbon dioxide emissions, helping the UK’s journey to Net Zero, and to manufacture low carbon products, driving value for the business and its customers.  Each company has signed a ‘Memorandum of Understanding’ (MoU) with the intent of receiving a future network connection and supply of hydrogen from the HyNet project.

“The interest in HyNet from industry shows how much this project is needed” said David Parkin, Project Director of HyNet. “HyNet aims to begin producing hydrogen from the mid 2020’s, giving these businesses a route to decarbonise quickly.”

Andy Burnham, Mayor of Greater Manchester, added that HyNet presents North West England and North Wales with a fantastic opportunity and that There is a high demand for low carbon hydrogen from businesses across the region.

“We have big ambitions to hit net zero from 2038” Mr Burnham said. “To do this we need the Government to support HyNet, levelling up from North to South, East to West.”

HyNet is ideally located close to both the existing infrastructure and the natural assets required to produce and store hydrogen.  The North West of England and North Wales is the region which has the UK’s largest number of people employed in the manufacturing sector, and has the skills base and determination to put the UK at the heart of the hydrogen economy.

HyNet has recently run a ‘global first’ trial using hydrogen to produce sheet (‘float’) glass using 100 percent hydrogen at Pilkington Glass in St Helens.  The team will shortly run a similar trial at Unilever’s Port Sunlight manufacturing facility.  These will provide confidence that these companies and others can safely switch to HyNet low carbon hydrogen as soon as it is available.

Kelloggs, which has manufacturing facilities in both Manchester and Wrexham, producing the nations favourite cereals, like Cornflakes, Rice Krispies and Coco-Pops.

Jaguar Land Rover, which produces the Range Rover Evoque and Land Rover Discovery models at its site in Halewood, near Liverpool, employing over 3,000 people.

PepsiCo in Skelmersdale, where it produces Walkers Crisps and Monster Munch.

Encirc, near Ellesmere Port, which produces 2.5 billion glass bottles each year for brands such as Budweiser, Baileys, Jameson and Pataks.

Novelis in Warrington, which operates one of Europe’s largest aluminium can recycling plants with an annual recycling capacity of 195,000 tonnes.

Essity, a leading hygiene and health company with four manufacturing sites in the North West and North Wales, producing household brand names including Plenty and Cushelle.

Pilkington Glass, a leading manufacturer of flat glass for the architectural market from its sites in St Helens