Wednesday, 19 October 2022
0
REM
Stargate Hydrogen, a developer of electrolysis technology, is officially launching its Gateway product family, comprising of containerized green hydrogen production systems of up to 10 MW in size. 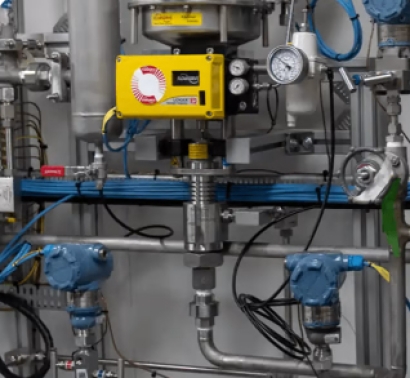 Stargate Hydrogen was established to address the most pressing problem in the world of hydrogen production via electrolysis – high levelized cost of hydrogen. While alkaline technology is the most reliable and provides the lowest capital cost compared to other technologies, its downside has historically been low efficiency and as a result the cost of hydrogen has not been low enough for widescale adoption in industrial applications.

The launch of the Gateway product is the first step in overcoming that hurdle; by utilizing its proprietary technology, Stargate increases the efficiency of its products with every generation, while keeping the capital cost down. To achieve this, the company has put together a strong team of top industry experts, who have previously held key positions in companies such as Haldor Topsoe, Hexis and Skeleton Technologies.

Green hydrogen is experiencing an accelerated increase in demand from industrial users, especially in the current political environment, which demands total energy independence from Russia. The current European dependence on grey hydrogen means a dependence on Russian gas.

In order to accelerate a wider industrial adoption of green hydrogen, cost needs to come down further. This is exactly the situation where low-capex turn-key solutions that are developed by Stargate come into play.

Products in the Gateway series reduce the levelized cost of hydrogen due to proprietary design and 30-bar pressure, which eliminate the need for multiple stages of hydrogen compressors, thus bringing down the total cost of the systems.

Rainer Küngas, the CTO of Stargate commented on the launch of the Gateway series, saying, “Stargate employs alkaline electrolyzer technology: a technology that is commercially proven and reliable, but that has been underdeveloped in the past decades.

"We believe that there is considerable untapped potential in the alkaline technology, and that alkaline electrolyzers are the most viable and affordable solution for decarbonization of the so-called hard-to-abate industries such as ammonia synthesis, refining, glass and paper production.”

"We welcome the launch of the Gateway product by Stargate. Utilitas, together with partners, is developing the first green hydrogen full value chain project co-financed from measure 'Introduction of green hydrogen in public transport' coordinated by Environmental Investment Centre in Estonia, a project that includes establishing an electrolyzer at our energy production site in Tallinn," said Priit Koit, CEO of Utilitas Group.

Utilitas is the largest renewable energy producer and district heating operator in Estonia and the biggest wind power producer in Latvia. Utilitas is moving towards carbon neutrality by building new renewable energy capacity in the region, investing in solar and wind power, and developing the first green hydrogen pilot project.

Stargate Gateway products can already be ordered today and first deliveries are expected in the start of 2023. Uniquely, Stargate offers an industry-leading 10-year warranty in combination with a service contract.