James Davis on the future for small wind

Thursday, 12 December 2013
0
Robin Whitlock
James Davis of Sanderson Weatherall argues that compulsory early consultation between communities and wind developers combined with the reduction of subsidies for onshore wind farms would have a severe effect on the viability of small to medium wind projects 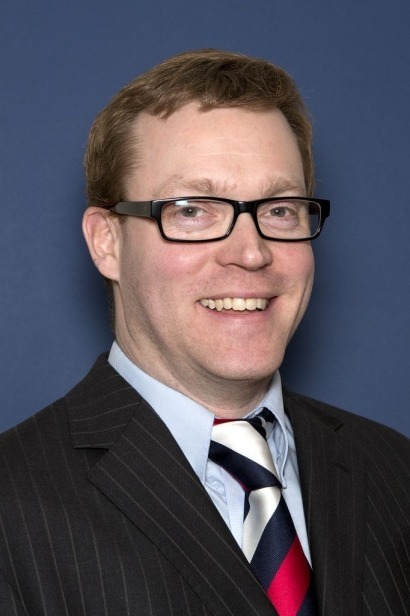 James Davis is head of the Bristol-based planning team at national property consultancy Sanderson Weatherall. Recently he warned that the UK government’s plan to give a greater say to communities affected by wind turbine projects would decimate the small wind sector. Compulsory early consultation between communities and wind developers combined with the reduction of subsidies for onshore wind farms would have a severe effect on the viability of small to medium wind projects, Mr Davis argues. Renewable Energy Magazine went along to Sanderson Weatherall’s Bristol office to talk to him about this, and find out more about the potential impacts of this proposed legislation, which will be presented before Parliament shortly.

Can you tell me something about Sanderson Weatherall and its role within the renewable energy sector?

In 2008 I set up a company called Aspire Planning, mainly dealing with general practice planning issues, got involved with renewable energy, in particularly small wind and then I began doing small wind planning applications. It basically started from there, I started also doing medium-scale wind and then moving on to large-scale solar. Back in March this year my old company merged with Sanderson Weatherall and we became in-house planners. Sanderson Weatherall’s role in renewable energy is basically as planning consultants, dealing with small and medium wind, single or double strip proposals normally, under 500kW, and then solar pretty much any size from a small site to a huge field full of solar panels. That’s where we fit into this and over the years we’ve advised probably around 500 wind sites throughout the UK, more or less your ‘bread-and-butter’ developments for farmers and speculative developers and the like. I’ve tended to find that the smaller end of the market has dropped off quite considerably, mostly because of the costs. When you add up all the planning fees and so on, all of a sudden you’ve got this huge bill to pay even before looking at the ground, so with small 10kW wind for example it becomes very unviable and uneconomic.

In principle, are plans to give communities a greater say over wind turbine proposals a good idea, or do they create too many problems?

I don’t think there is an issue with giving communities a greater say, for the smaller scale applications that we deal with the consultation through the planning application process takes into account neighbouring people and it’s a system that’s worked for a long, long time, for all types of development, not just wind. I don’t see any harm in there being an emphasis for larger scale projects but for small and medium wind it’s probably not necessary. The new proposals do suggest any wind turbine over 15 metres in height which basically means every single wind turbine needing extra consultation.

In what way are the current plans deeply flawed?

I don’t believe the current plans with regard to what we are experiencing today are deeply flawed, I don’t think enough thought has been given to what they’ve said, that is with regard to turbines over 15 metres in height. That means pretty much every single wind turbine, so that is a lot of disparity going on there. The amount of community engagement that could be required, that could include face-to-face meetings with local community members, printed materials and local media, all of which add extra cost and burden to the application for the landowner. New plans create extra bureaucracy, which we encounter so much of in the planning system already.

When you say that they will make smaller schemes prohibitively expensive, what kind of figures are we looking at?

It’s fairly difficult to put a figure on it as it very much on a case-by-case basis. However in terms of what is potentially going to be asked for, if we are looking at hiring out venues, possibly bringing in PR people, there are going to be extra professional fees from our point of view to attend this, you are talking thousands. When you consider that a 5kW wind turbine doesn’t cost a great deal anyway, you’ve put your extra planning costs on plus your extra consultations, you will be looking at double the cost of the application thus making the project completely unviable because it would be very difficult to pay itself back. It is very much dependent on the size of the turbine. For a larger project it could very well be viable because the payback ratio is a lot greater.

What is the solution in your view?

I think for certain size turbines, leave the system alone. It is as simple as that really. I think there is definitely a call for the larger turbines, for larger wind farms to have a statutory consultation pre-application, but for the smaller schemes, leave them alone.

How many communities are likely to use these plans as a way in which to overturn projects?

I think with planning you generally find that only those people who are opposed to schemes make themselves heard. You rarely hear from those who support the proposal. I think that’s the same with anything in life, you go to a restaurant for example and you sometimes hear someone complain but you rarely hear people say “Oh what great service!” I think it’s in human nature to complain but it’s usually the minority who do so. I am not necessarily convinced they will seek to overturn projects. People have a right to express their views. I think what it may mean is that developers are thinking more clearly about where they are siting their turbines so that there are appropriate distances between a project and residential properties, that there are appropriate distances from ecological buffers, that landscapes aren’t being harmed.

Do you think the plans are genuinely motivated by public opposition or is there an element of influence from anti-wind MP’s in the government?

I think there is an anti-wind element through both the public and MP’s, through sections of the community and government. In all honesty I don’t know enough about politics to comment on that but it is a very touchy subject, a very grey area. I certainly think there is a lot of opposition but I think also that it comes back to the minority that make their voice heard. So you don’t necessarily hear from those who support wind and therefore those who shout loudest make themselves heard. I do think they have got some sympathy within the government definitely. I think that some sections of the media have influenced this, so a bit of positivity from the renewable energy press is always good.

There has been some discussion in the response to the government’s recent changes to subsidies for onshore wind and solar which suggests that the effects may not be as bad as some people think. What’s your view on this?

We all knew this was coming and so it was to be expected. However, it does, in my opinion, add a certain amount of uncertainty to the sector and it affects the longevity of the sector. How long is left for renewables in this country I don’t think anyone truthfully knows, everyone has their own opinion on this but no one truly knows.

So you think the main damage then will be terms of the amount of uncertainty created among investors?

Yes I think so. If you look back to 2009, or whenever it was, when the government really slashed support for large scale solar and the industry just fell apart overnight because of so much uncertainty, and a lot of trust was lost. When you consider that even a planning application for a small wind turbine can take a long time, for example we had one in the system for twenty four months, and the things that happen in that time from someone submitting an application to spending time to get it through the process to getting to the end, and then finding that they have nothing at the end of it except a planning application, yes I think there is a lot of uncertainty out there.

What do you think will be the main impact of these plans on the sector?

I think potentially the main impact will be on the small wind sector, the lowest producers could be priced out of the market altogether. It could be completely unviable for these smaller projects to even take place, which is unfortunate because in rural areas where there is a dairy farmer for example, he wants a turbine because it could really help him, for real reasons. It’s people like that who are going to be hit the most.

There is a lot of talk about reducing subsidies to try and reduce the impact of rising energy bills. Do you think reducing renewable energy subsidies will have any real effect?

I think it’s a red herring. Who knows? Wouldn’t it be nice if the oil companies were a bit more charitable and could lower our energy bills, but that’s never going to happen. Renewable energy is an easy target, everyone sees rises on their energy bills and then think “oh but they’re putting up wind turbines”. It’s another tick in the box for the general election basically, in certain quarters at least.