Monday, 12 December 2016
0
Dan McCue
Prime Minister Justin Trudeau has announced that his government and a majority of Canada's provinces have reached an agreement on a national carbon pricing plan. 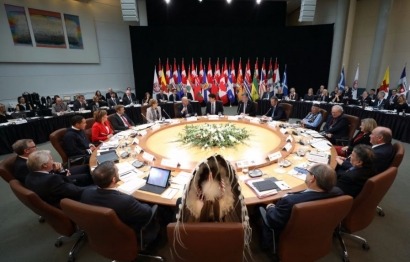 During that meeting, Biden urged Canadian leaders to be vigilant in their efforts to address climate change in the face of growing concerns that the incoming administration of President-elect Donald Trump will do exactly the opposite.

Trudeau called the framework agreement on a carbon tax historic -- something he has been working on for months -- historic. But not all of Canada's 10 provincial leaders see it that way.

Such horse-trading has reportedly already worked for British Columbia Premier Christy Clark, who initially resisted the agreement before ultimately signing on. Published reports suggest Clark wanted firm assurances that any initiatives put in place to address climate change did not have an adverse effect on people's pocketbooks.

Trudeau wants to impose a national carbon tax that would climb to $50 in Canadian dollars (that's about $38 in the United States) per ton by 2022. But ceding to the sensitivities of Clark and others, he comprised.

The new national carbon tax is now slated to rise to British Columbia's current $30 a ton (about $23 in U.S. currency) level in 2020. An independent panel will then evaluate how the plan is working and recommend changes if it deems them necessary.