RenewableUK to bring prestigious marine energy conference to Britain in 2016 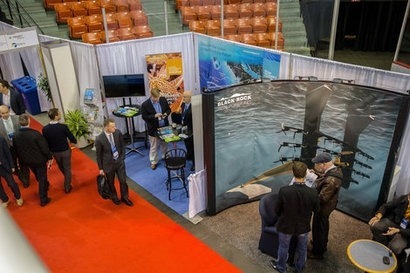 RenewableUK will organise and host the event which will replace the trade association’s annual wave and tidal energy conference. The event will focus on commercial and industrial development of marine energy, a sector in which Britain plays a leading role. An international committee of wave and tidal energy industry leaders and organisations, including RenewableUK will draw up the event programme.

“This is a real coup for us” said Garth Halliday, RenewableUK’s Director of Events. “We’re honoured to be hosting this highly prestigious event. It shows how important RenewableUK has become at an international level, as a key player in specialist conferences of this kind.”

Mr Halliday added that since the UK is the world leader in marine energy, with more wave and tidal energy capacity installed than the rest of the world put together, the country is a fitting choice for one of the leading events in the renewable energy calendar.