Report: There are early signs of a rebound in equity investment in clean energy

Wednesday, 03 August 2011
0
REM
After a marked slowdown in venture funding in clean energy in the US, things appears to be looking up, according to Mark Boslet, a respected columnist with peHUB, an interactive forum for the global private equity community. 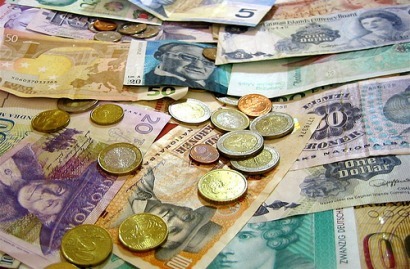 The reason for Boslet’s optimism in what he describes as the “tentative signs of a turnaround,” is a report from cleantech blog Greentech Media, which says that in July alone more than $560 million went into 40 financings.

The blog includes a comprehensive list of deals. Among the highlights:

SolarCity (San Mateo, California) is targeting a $42 million round and has raised about $14.8 million so far.

Complete Solar Solution (San Carlos, California), an enabler of residential solar power system installation and financing, raised a round A from Floodgate.

Aquion Energy (Pittsburgh, PA) closed on $20 million of a $29.9 million round for sodium-ion batteries in stationary applications from Kleiner Perkins and Foundation Capital.

InEnTec (Bend, Oregon) raised $20 million for its “plasma-enhanced melter” technology that takes refuse and coverts it into syngas. Investors were not disclosed.

Flux Drive (Sumner, WA) raised $1.5 million from Northwest Energy Angels and the Alliance of Angels to optimize electric motors. The startup claims it can cut the energy consumption of pump and blower motors by up to 75 percent.

Aptera Motors (Carlsbad, California), a developer of a three-wheel electric vehicle, raised $2.3 million in equity. The firm has raised a total of $44 million from Google, Idealab, et al.

Aperia Technologies (Stanford, California), a developer of an automatic tire inflation device for trucks to improve fleet and fuel efficiency, raised an undisclosed first round of funding from Augment Ventures.

Apex Wind Energy (Virginia), a developer and financier of wind energy projects, raised $6.4 million in a $10 million round.

Despite the very evident uptick in venture funding activity at a time of year when big money is typically on the beach in the mountains, Boslet strikes a cautionary tone later in his piece, basically reminding his readers that a big month here and there is nice, but what every is really looking for is seeral of these months in a row.

Boslet also noted that there’s a lot of ground to make up.

In the second quarter, he said, dollars invested in the clean-tech field fell 23 percent to $942 million (The numbers based on a recent MoneyTree Report put out by PricewaterhouseCoopers, the National Venture Capital Association and Thomson Reuters, publisher of peHUB.).

For all of 2010, money placed with alternative energy, smart grid and other startups in this sector slumped almost 8 percent from 2008, the last strong year.

But Boslet nevertheless concluded on a decidedly positive note:

Given the coming global climate crisis, time is on the side of cleantech investors. Someday there will be a gold rush in cleantech,” he wrote. “The question is when.”