Wednesday, 12 April 2017
0
Robin Whitlock
Anesco has been recognised in the prestigious FT1000 European league table for its impressive growth and innovation record. 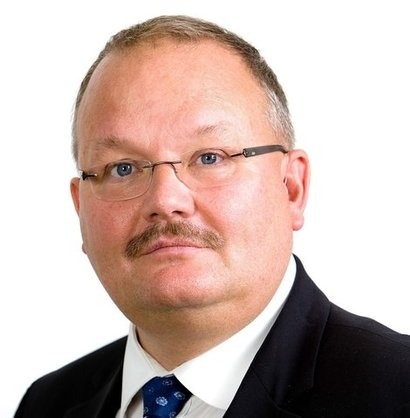 FT 1000 recognises those companies who have been dubbed the ‘driving force of the European economy in the 21st century’ and who are generating jobs and sustaining Europe’s competitiveness. Anesco’s solar farm portfolio recently reached a milestone 101 sites, which together are generating enough to power 137,000 homes annually, which saving 222,622 tonnes of carbon.

Anesco manages the funding, development, operation and maintenance of renewable energy and energy efficiency projects and has been ranked 397th in the listing, following impressive growth of 288 percent between 2012 and 2015. Among its many clients are Whitbread, The Bannatyne Group and The Body Shop. In the last financial year sales at the Reading-based company hit £213million with an Earnings before interest, tax, depreciation and amortization (EBITDA) of £24million.

“We’re thrilled to be named in such a high profile league table and to be recognised as a driving force in Europe” said Steve Shine, Anesco executive chairman. “Our ongoing success is down to the great team of people we have pulled together, who are all passionate about what they do. It is their hard work and enthusiasm that continues to see us breaking new ground at every turn. We’re proud that while others are talking, we are acting and helping our customers transform their energy use and efficiency.”

Mr Shine added that the company has powered up its 100th solar farm, installed its 20th energy storage unit and retained its position as one of the top 100 cleantech companies in the world. The company is strongly positioned to capitalise on new opportunities, while sustained growth is enabling it to strengthen its existing position.

Alongside its solar portfolio, the company is also driving the use of energy storage in the UK, having installed units totalling 18.9 MW to date, with an additional 65 MW under development and a further 100 MW in the pipeline.

Anesco’s renewable asset monitoring system, AnescoMeter, is now the largest renewable O&M service in the country, currently looking after over 21,500 installations, while its energy efficiency team is the leading provider of ECO services in the UK and has so far helped to raise over 350,000 people out of fuel poverty.