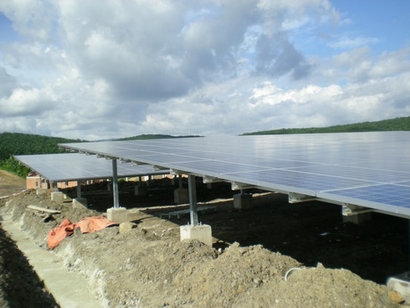 The three power plants are located in Merchang in the north-east, Jasin in the south and Gurun in the north-west of Peninsular Malaysia and cover more than 180 acres each. Construction of the plants has already started and is expected to be completed within the next few months.

The partnership covers realisation of the three solar plants totalling 197 MW with a total investment of about MYR 1,235 million ($293 million). Scatec Solar invests MYR 251 million ($59 million) through preference shares partly convertible to 49 percent equity ownership in the projects as well as ordinary preference shares. Once the plants are in full operation they will provide long term stable cash flows. Scatec Solar will be the turn-key EPC provider for the projects and provide Operation & Maintenance as well as Asset Management services to the power plants.

“We are very satisfied to reach this important milestone” said Raymond Carlsen, CEO of Scatec Solar.. “Together with our partners, we have again demonstrated our wide-ranging expertise and we are now ready to build the largest solar energy portfolio in South East Asia”.

Lee Choo Boo, Group Managing Director of ITRAMAS Corporation Sdn, added that the milestone marks a new beginning for Malaysian renewable energy. The projects are expected to generate up to 3,000 local jobs and electricity for up to 93,000 Malaysian households per year (282,000 MWh), avoiding about 210,000 tons of carbon emissions per year, thereby taking Malaysia closer to achieving its promised emission cuts under the Paris Climate Agreement.

ITRAMAS Corporation Sdn Bhd, a Malaysian engineering company with 17 years’ experience in green technology, is the lead sponsor of the three solar projects. The company is headquartered in Kuala Lumpur and signed the PPAs on behalf of the local consortium that includes two other Malaysian companies, MalTechPro and Cam Lite.