Renewable Energy—It’s Good for You!

Thursday, 11 September 2014
0
Richard Crume
This summer three close relatives were diagnosed with cancer. At this point, the prognosis for all three is good, but this got me thinking about the causes of cancer and the role of renewable energy in protecting public health. 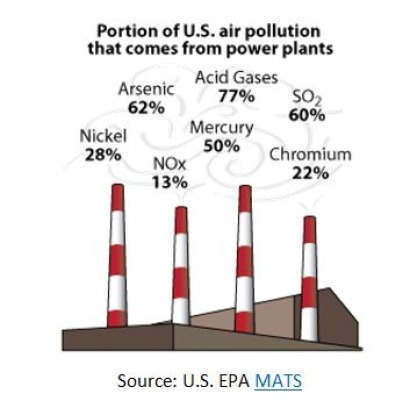 It is no surprise that several family members developed cancer. According to the American Cancer Society’s Cancer Facts and Figures 2014, “In the US, men have slightly less than a 1 in 2 lifetime risk of developing cancer; for women, the risk is a little more than 1 in 3.” If we do not develop cancer ourselves, almost certainly someone close to us will.

The causes of cancer are complex—lifestyle, diet, genetics, and environmental contaminants are all believed to contribute. We will never know which factors, or combination of factors, contributed to my family’s cancer cases, although we can speculate that environmental pollution might have played a role given that all three relatives live in heavily polluted urban areas.

The World Health Organization (WHO) reports that outdoor air pollution exposure from all sources resulted in about 3.7 million premature deaths in 2012, the most recent year for which data are available. Small particles of 10 microns or less in diameter, which can cause cardiovascular and respiratory disease and cancer, were largely to blame. The majority of deaths resulted from ischemic heart disease and stroke, with a smaller number attributed to COPD, lung cancer, and acute lower respiratory infections in children.

Increased use of low-emission fuels and renewable combustion-free power sources, such as solar, wind, and hydropower.

In the U.S., the Environmental Protection Agency (EPA) is developing rules under its Clean Power Plan that would reduce carbon emissions from the power sector by about 30 percent by 2030, compared with baseline 2005 levels. These rules would also reduce by over 25 percent the pollutants that contribute to soot and smog. The EPA reports that:

Arguments against pollution controls often center on costs. However, the climate and health benefits of the Clean Power Plant rules are expected to far outweigh the costs of implementing the plan. When considering the soot and smog reductions alone, the EPA estimates that American families will see up to $7 in health benefits for every dollar invested in pollution control.

Why renewable energy is important: By replacing dirty fossil fuel-burning power plants with clean solar, wind, hydro, geothermal, and other renewable energy sources, unhealthy air pollution is reduced or eliminated. This is especially important for low income and minority populations living near power plants and industrialized areas, where exposure can be greatest.

What we can do: When writing or speaking about the advantages of renewable energy, don't forget to stress the health benefits from replacing fossil fuel-burning plants with less polluting renewables. And insist that the externalities of power production always be considered when weighing fossil fuels versus renewable sources of energy. Having clean air to breathe is a basic human right, so let’s fight for it by promoting renewable energy whenever and wherever we can!