Monday, 30 June 2014
0
Richard Crume
Regulating air pollution emissions from fossil fuel-fired electric power plants has been a contentious issue in the United States for many years. The U.S. Environmental Protection Agency’s (EPA’s) recently-proposed rule to reduce carbon dioxide emissions from existing power plants is no exception, with opponents preparing to do battle in the courts and over the airwaves as the fall midterm elections quickly approach. 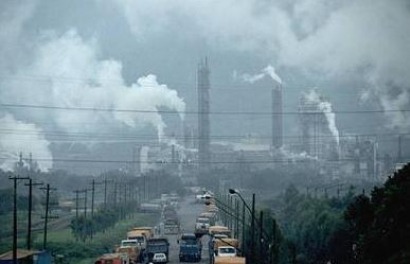 Fossil fuel-fired electric power plants are the largest source of carbon dioxide emissions in the United States, representing about one-third of total greenhouse gas emissions. Additionally, power plant pollutants such as sulfur dioxide, nitrogen oxides, particulates, and various toxic compounds are implicated in serious adverse health effects among the general population. Children and older adults are particularly susceptible to these pollutants, as are lower income and minority families living in industrialized areas where pollution levels are high.

The proposed EPA rule sets state-specific goals for reducing carbon dioxide from the power sector, giving the states broad flexibility to meet the goals by lowering overall carbon intensity. The basic formula for determining each state’s goal is to divide carbon dioxide emissions (pounds) from fossil fuel-fired power plants by the electricity generated (megawatt hours) from both fossil fuel plants and certain low- or zero-emitting power sources, including renewable energy and nuclear power plants. This approach takes into account energy-efficiency improvements in the power sector.

Renewable Energy May Benefit From the Rule

Renewable energy profits by the way state agencies choose to implement the rule. Options for the states include: (1) improving power plant energy efficiency, (2) relying more on natural gas, (3) increasing energy efficiency in homes and businesses, and (4) expanding wind, solar, and other low- or zero-emitting alternatives. The states can use any combination of these four building blocks to achieve their goals. Additionally, cross-border trading of emission credits between states can result in situations where one state could offset emissions from another state.

Although the proposed rule would provide incentives for greater use of existing renewable energy technology, it is not obvious that the rule would encourage much additional investment in research and development. Thus, while the rule may be easier to defend by emphasizing proven technology, it may not drive innovation in the way that renewable energy advocates would like.

The rule’s opponents are quick to argue that the costs imposed by the rule would depress the U.S. economy and drive up electricity bills for the average homeowner. However, EPA economists have demonstrated that when the rule is fully implemented, consumer bills would actually decrease by 8 percent due to increased energy efficiency and reduced growth in demand.

Support for the Rule Remains Strong

Although still a proposal, adversaries are already vilifying the rule as a job-killer and an assault on the American family. But many organizations are coming to EPA’s defense. For example, the American Lung Association has just released a TV ad in support of the rule. According to the Association, “Nearly half of all Americans, 147 million people, live in areas where the air is unhealthy to breathe due to ozone and particle pollution. Increased temperatures resulting from climate change are expected to make that worse.”

In defense of the rule, the U.S. EPA Administrator sums it up this way:

By leveraging cleaner energy sources and cutting energy waste, this plan will clean the air we breathe while helping slow climate change so that we can leave a safe and healthy future for our kids. And we don’t have to choose between a healthy economy and a healthy environment—our actions will sharpen America’s competitive edge, spur innovation, and create jobs.

Many coal-fired electric power plants are old and inefficient. In fact, the average plant in the United States is 42 years old, and 11 percent are over 60 years old! With over 3,000 units subject to the proposed rule, energy-efficiency improvements may yield significant emission reductions, but a heavier reliance on natural gas, nuclear, and renewable energy sources will also be important in achieving statewide goals. This will be the challenge for renewable energy proponents at the state level—to ensure renewable energy gains ground in this mix of energy sources.