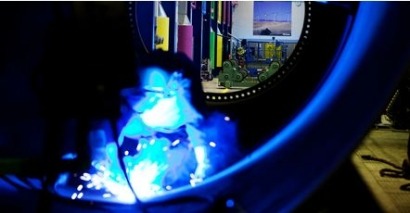 A planned closure of the plant had been in the works since January. However, after running a competitive divestment process, Vestas struck a deal with China’s largest global manufacturer of wind turbine towers.

The acquisition of the towers factory in Varde will establish Titan Wind Energy’s global manufacturing footprint in Europe, while also maintaining a vast majority of the approximately 120 jobs at the factory in Varde.

The agreement carries a number of advantages for all parties involved, the companies said in a written statement:

Going forward, both Titan Wind Energy and Vestas see a huge potential in the continued cooperation.

”We have been cooperating with Vestas for several years, both in China and abroad, and we look forward to further utilising our long-standing partnership within the development and production of technology-leading towers for wind turbines,” saids Mr. Yan Junxu, Founder and CEO of Titan Wind Energy (Suzhou) Co., Ltd.

“Our new towers facility here in Denmark increases our possibilities of servicing and expanding our global customer base. The location of our European headquarters in Varde is optimal because we see Denmark as the focal point for the global wind industry. Europe is the region that offers the most promising outlook for the development of offshore wind energy,” Junxu added.

Ditlev Engel, Vestas President and CEO, said he is looking forward to further developing the partnership with Titan Wind Energy.

“This is an excellent agreement for all parties involved. Vestas welcomes the establishment of Titan Wind Energy in what might be described as the cradle of the global wind industry and we see a huge potential in the ongoing cooperation and co-development with Titan Wind Towers," Engel said. "Meanwhile, I would like to express my gratitude to the employees at the Varde facility, who have been loyal to Vestas during an uncertain period. I am truly happy that many of these skilled employees can now continue working at the factory in Varde for a trusted Vestas-partner.”

Titan Wind Energy and Vestas signed the agreement Tuesday. The agreement must be approved by Chinese authorities, which is expected to happen shortly. Vestas will transfer the facility in Varde 1 September.