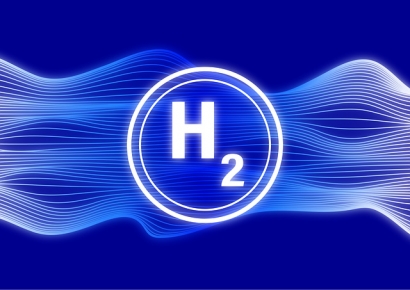 Initial projects which have been identified within the growing BayWa r.e. project pipeline in the UK will have the potential to produce up to 6,500kg/day of green hydrogen, with the first deliveries expected next year. Octopus Hydrogen will produce green hydrogen to be stored and then distributed to customer sites, offering an end-to-end hydrogen supply solution, and supporting the decarbonisation of local sectors such as commercial transport.

Green hydrogen is essential for the UK to meet the government’s 2050 net zero targets and as set out in the 10 point plan for a green industrial revolution, the government, working with industry, is aiming for 5 GW of low carbon hydrogen production capacity by 2030 for use across the economy. Green hydrogen is best used in the sectors where carbon reductions are hardest to achieve, such as a fuel source for the decarbonisation of heavy transport, shipping, and aviation. Octopus Hydrogen is already working on several pioneering projects including providing green hydrogen to ZeroAvia's R&D centre at Cotswold Airport, an initiative which is set to deliver some of the first green hydrogen in the South West of the UK.

New software from Octopus Hydrogen will optimise electrolyser usage, helping to balance the grid and drive efficiencies. This optimisation of renewable generation is a catalyst for new renewable capacity, reducing the UK’s dependency on the imported fossil gas that is driving the current energy crisis.

“We want to develop and establish a decentralised model for green hydrogen production” said Will Rowe, Founder and CEO of Octopus Hydrogen. “Our partnership with BayWa r.e. plays an important role by providing excellent renewable sites and the opportunity to share expertise. Collaboration helps to unlock the potential of the green hydrogen market in the UK and beyond.”

BayWa r.e. is already involved in various initiatives dedicated to promoting the important role of renewable hydrogen to meet decarbonisation goals, such as its SinneWetterstof Hydrogen Pilot Project in the Netherlands. The company will bring its valuable experience and expertise in hydrogen project development, as well as in management of wind and solar sites, to the partnership. This project is part of BayWa r.e.’s strategy to ramp up its hydrogen activities in Europe and the company is actively pursuing the development of more than 2 GW of onshore wind and solar projects across the UK and Ireland.

“BayWa r.e. and Octopus Hydrogen share a commitment to delivering net zero, and green hydrogen has a significant role to play in our collective journey” added Stefan Tait, Head of Energy Storage & Hydrogen UK at BayWa r.e. “Our partnership with Octopus builds on the innovative work we are already doing across Europe in producing green hydrogen from renewable energy, and we look forward to jointly deploying these concepts to help meet the UK’s energy transition targets.”