Friday, 01 June 2018
0
REM
A proposed North Wales tidal lagoon has the potential to create over 20,000 jobs and generate more than £11 billion ($14.6 billion) for the regional economy as well as pumping 2.5 GW of electricity into the National Grid every year, according to a specially commissioned report from Glyndwr University of Wales. 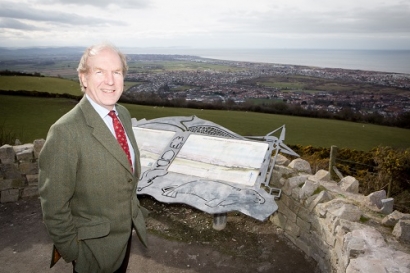 It is estimated the lagoon, which would run along the coast from Llandudno eastwards to Talacre, could be completed and begin generating power within 10 years – providing electricity to power over a million homes and safeguarding homes, businesses and infrastructure along the North Wales coast from flooding.

The report was commissioned by North Wales Tidal Energy, the group leading the project, to carry out a study into the feasibility and the economic benefits of the £7 billion ($9.3 billion) tidal lagoon scheme.

NWTE Chairman Henry Dixon, said, “The tide rises twice a day and is completely reliable. The proposed tidal lagoon will generate power for at least 100 years and will be future-proofed to ensure that it continues to provide coastal protection and efficient renewable energy generation throughout its long life.

“NWTE’s by-line is ‘By North Wales. For North Wales’  and we would make every effort to ensure that local and regional professional services, construction, transport and manufacturing industries are involved in the development of this huge project.

“This would create a significant number of highly-paid and highly-skilled jobs that would be much in demand globally as worldwide interest in predictable renewable technologies grows.

“The lagoon would boost tourism and create jobs in that sector many years after the project is completed.”

The report estimates the initial stages of the project would take five years to complete with necessary plans being drawn up and approved and licenses obtained before the construction stages begin.

The construction phase is anticipated to take approximately six years and create over 15,000 jobs in construction alone.

“This means that at least two-thirds of the project’s spending goes to local and regional firms to generate the direct, indirect and induced impacts.”

NWTE supports the Welsh Government’s little-known Wellbeing of Future Generations (Wales) Act and believes that its proposed project fulfils each of the seven requirements for the Government to consider the nation’s future prosperity, resilience, health, equality, cohesive communities and culture.

Vale of Clwyd MP Chris Ruane, whose constituency sits at the eastern edge of the proposed lagoon, said, “We have a huge opportunity here in Wales to become a world leader in tidal technology and it is exciting to think that North Wales could be at the forefront.”

NWTE is currently developing the plans for their project, prior to undertaking a comprehensive design review and environmental study to ensure that the project meets all the necessary regulatory and planning requirements.

“Our tidal lagoon proposal would be transformational for North Wales. Over 20,000 jobs and mitigation of the flood risk for people, businesses and local infrastructure along the whole coastline would make a huge difference to the regional economy and the communities who live in this beautiful area,” Dixon concluded.