Thursday, 25 August 2016
0
Dan McCue
Lawmakers in the US state of California voted to extend the state's climate change law by an additional 10 years, resisting the opposition of the fossil fuel industry and other business groups. 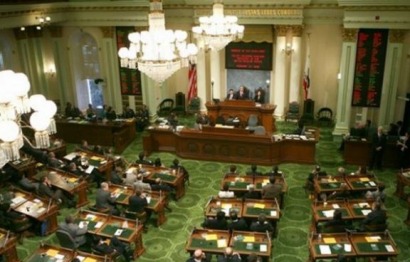 The law, which includes provisions doing everything from restricting the carbon content on gasoline to taxing pollution, is the most aggressive of its kind in the United States.

Gov. Jerry Brown said he will sign the bill, SB 32, into law as soon as it comes to his desk. When he does, the law's protections will be extended through 2030.

"This is a real commitment backed up by real power," Brown said immediately after the vote.

The bill passed in the Senate by a 25-13 vote on Wednesday, a day after the measure was endorsed by the state Assembly.

But the ultimate fate of the legislature is still an open question. It is being challenged in court by the California Chamber of Commerce, which argues its requirements are essentially a tax that should have been approved by two-thirds of the lawmakers in each legislative chamber.

In a related action, the state Assembly approved another bill, AB 197, that provides greater legislative oversight of the California's Air Resources Board, the entity charged with enforcing the climate regulations.