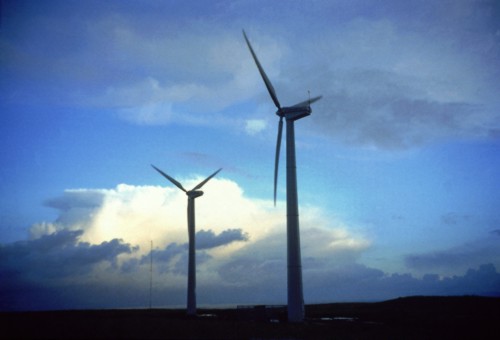 Congressman Frank Pallone, Jr. (D-N.J.) has released the legislative framework of the draft Climate Leadership and Environmental Action for the (CLEAN) Future Act – an ambitious new climate plan to ensure the United States achieves net-zero greenhouse gas pollution no later than 2050. Pallone made the announcement with other members of the Energy and Commerce Committee, which he chairs, and spoke about the plan at a press conference yesterday on Capitol Hill.

The CLEAN Future Act is a comprehensive proposal of sector-specific and economy-wide solutions to address the climate crisis. Critically, it formally adopts the goal of achieving of a 100 percent clean economy by 2050. According to the United Nations Intergovernmental Panel on Climate Change, avoiding the most catastrophic outcomes of climate change requires cutting carbon pollution to net-zero by 2050. The draft bill incorporates both proven and novel concepts, presenting a set of policy proposals that will put the U.S. on the path to a clean and prosperous economy.

“Record wildfires, flooding, heat waves and drought have spelled out a dire reality: the climate crisis is here, and we can no longer afford to address this crisis along the margins,” said Pallone. “Today we are providing the kind of serious federal leadership this moment requires. This plan represents our commitment to achieving net-zero greenhouse gas pollution. For the sake of the American people, the long-term sustainability of our economy, and public health, we must act boldly, and that is exactly what we intend to do.”

The framework is the result of the Energy and Commerce Committee’s ongoing work to seriously and meaningfully tackle the climate crisis. The Committee held 15 hearings addressing the climate crisis, including seven focused on how best to facilitate deep decarboniZation of various sectors of the economy. Legislative text of the draft CLEAN Future Act will be released by the end of the month.  Hearings and stakeholder meetings will continue throughout the year.

The Committee’s framework details the legislation’s proposals to date, which include taking ambitious new policies within the Committee’s jurisdiction, all aimed at reducing U.S. greenhouse gas pollution to net-zero by 2050.  The draft legislation includes the following key areas:

Building Sector: The draft legislation aims to improve the efficiency of new and existing buildings, as well as the equipment and appliances that operate within them. The Act establishes national energy savings targets for continued improvement of model building energy codes, leading to a requirement of zero-energy-ready buildings by 2030. This section further provides assistance for states and Tribes to support adoption of updated model building energy codes and support full compliance. The CLEAN Future Act also incorporates several additional measures to reduce building emissions.

Transportation Sector: The draft legislation reduces transportation emissions, the largest source of GHG emissions, by improving vehicle efficiency, accelerating the transition to low- to zero-carbon fuels and building the infrastructure needed for a clean transportation system. The bill directs EPA to set new, increasingly stringent greenhouse gas emission standards for light-, medium-, and heavy-duty vehicles, including non-road modes of transportation. It further requires year-over-year improvements to those standards – and that the level of the standards be set in accordance with the path to net-zero emissions by 2050.

Industrial Sector: The CLEAN Future Act establishes a Buy Clean Program that sets performance targets to steadily reduce emissions from construction materials and products used in projects that receive federal funding. With the vast majority of U.S. construction projects funded by government dollars, this proposal would transform these carbon-intensive industries by ensuring that these projects only use the cleanest construction materials. The program also strengthens the competitiveness of the U.S. manufacturing sector while reducing climate pollution by promoting the use of low-carbon materials and expanding the market for cleaner products.

National Climate Target for Federal Agencies: The CLEAN Future Act directs all federal agencies to use all existing authorities to put the country on a path toward net-zero greenhouse gas emissions by 2050. It does not stipulate which energy sources or strategies qualify, instead taking a technology-inclusive approach to reaching net-zero emissions by mid-century. To ensure federal agencies’ collective efforts remain on track, the draft legislation directs the Environmental Protection Agency (EPA) to evaluate each agency’s plans, make recommendations and report on progress each year.

State Climate Plans: The CLEAN Future Act empowers the states to complete the transition to a net-zero economy, based on the existing federalism model in the Clean Air Act. The bill sets a national climate standard of net-zero greenhouse gas pollution in each state by 2050. States are then granted flexibility to develop plans to meet the 2050 and interim standards based on their policy preferences, priorities and circumstances. Each state must submit a climate plan to EPA, which then reviews and approves or disapproves each plan. States may work independently or cooperatively as they develop their plans to meet the national climate standard. To ensure that states have ample guidance and expertise at their disposal, the bill directs EPA to develop a set of model greenhouse gas control strategies, which states can choose to incorporate into their plans.

National Climate Bank: The CLEAN Future Act establishes a first-of-its-kind National Climate Bank to help states, cities, communities and companies in the transition to a clean economy. The bank will mobilize public and private investments to provide financing for low- and zero-emissions energy technologies, climate resiliency, building efficiency and electrification, industrial decarbonization, grid modernization, agriculture projects, and clean transportation.  The CLEAN Future Act requires that the bank prioritize investments in communities that are disproportionately affected by the impacts of climate change, including frontline, rural, low-income and environmental justice communities.

The CLEAN Future Act also features a suite of complementary policies, including proposals to remove barriers to clean energy, reduce super pollutants like methane, and investments in grid modernization and energy efficiency programs.