Thursday, 17 January 2019
1
Dan McCue
A bipartisan group of prominent American economists has penned a letter and op-ed appearing in the Wall Street Journal calling for a tax on carbon emissions. eliminating duplicative emissions-related regulations and sharing the tax revenue with US households through recurring dividend checks. 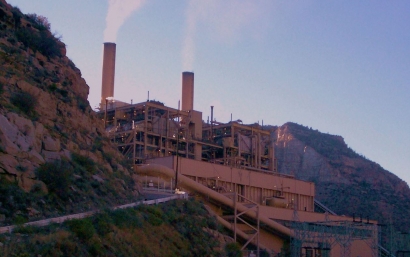 The statement was organized by the Climate Leadership Council, a group supporting a federal carbon tax led by two former Republican secretaries of state, James Baker III and George Shultz.

There are more than 40 signatories to the statement including the top economic advisers to Presidents Gerald Ford, Ronald Reagan, George H.W. Bush, Bill Clinton, George W. Bush, and Barack Obama.

The signers contend a carbon tax offers the most cost-effective lever to reduce carbon emissions "at the scale and speed that is necessary."

"A carbon tax will send a powerful price signal that harnesses the invisible hand of the marketplace to steer economic actors towards a low-carbon future,” they said.

The carbon tax endorsed by the group of economists and former government officials would increase every year until emissions reductions goals are met.

The carbon-tax-and-dividend model sought by Climate Leadership Council and endorsed by the signatories in the op-ed is premised on distributing all of the revenue from the tax as a rebate to households, protecting them from higher energy costs associated with the tax.

In their statement the economists said "global climate change is a serious problem calling for immediate national action."

They went on to say they are united in the following policy recommendations:

Despite the renown and connections of the op-ed signatories, the proposal is expected to confront considerable head winds in Washington, D.C.

President Donald Trump and many Republicans continue to either ignore or dismiss climate change and voluminous scientific studies identifying it as a society-changing concern.

At the same time, the newly empowered Democrats in the House of Representatives are more enthused with another proposal, the so-called "Green New Deal" proposed by newly elected Rep. Alexandria Ocasio-Cortez, of New York.

But that plan, while much discussed, is still largely undefined. The gist of it, as distilled in various interviews that Ocasio-Cortez has given over the past several months, is that it will include massive investments in renewable energy jobs and infrastructure. The congresswoman says this will help to both dramatically decrease carbon emissions and provide economic opportunities and economic justice to more Americans.

Photo caption: Coal-fired power plants provide about 32 percent of consumed electricity in the United States, As of September 2017. This is the Castle Gate Plant near Helper, Utah. (Photo via Wikipedia Commons)

The Conservative case for Carbon Dividends

Tags: Climate change , Electricity , Jobs , Renewable energy , United States , Wind , Carbón
Add a comment
Scottish Scientist
The Energy Innovation AND Carbon Dividend Act – THE BIPARTISAN CLIMATE SOLUTION is, in my opinion, half-baked as is and so I won’t support it, not unless and until it is amended to restrict the “Carbon Dividend” spending by consumers to only government-approved and audited low-carbon purchases. So rather than issue the carbon dividend foolishly as money, it would be wisely administered by depositing credits in each person’s carbon dividend low carbon spending account administered as a quasi-banking service which issues to everyone a special purpose low carbon spending credit card whose credits could only be spent on government-approved low carbon purchases from government-approved sellers which would credit the seller’s low carbon money accounts with such low carbon purchase credits, which sellers could spend as they see fit. The scheme is half-baked as it is because carbon dividends issued as money could be spent on high carbon purchases resulting in the reverse effect to that intended – namely an increase in carbon dioxide pollution. Additionally, I would support Green New Deal government projects funded from additional government borrowing and / or from progressive taxation.
pv