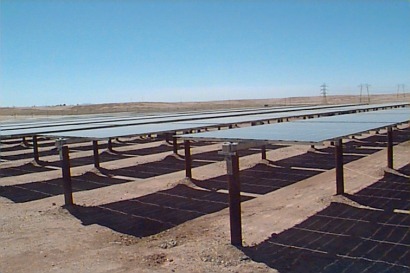 The project was developed by CSI Solar Power (China) Inc., a subsidiary of Canadian Solar, with Gaochuangte New Energy as the EPC contractor. Construction of the plant began in September 2013 and grid connection was achieved in December. The plant incorporates around 40,788 CS6P-245P modules giving a predicted power output of over 11 million KWh and displacing 8,657 tons of carbon dioxide, 67 tons of sulphur dioxide and 60 tons of nitrogen oxide per year. It is also expected to displace over 86 thousand tons of standard coal consumption.

Dr Shawn Qu, Chairman and Chief Executive Officer of Canadian Solar Inc, said that the project is good demonstration of the company’s success in the development and construction of utility-scale solar power plants on a global basis as well as Canadian Solar’s growing presence in China, a rapidly growing market that is poised to become the world’s largest solar market in the near future.