Monday, 26 March 2012
0
REM
As a global leader in research on the solar photovoltaic (PV) industry, Renewable Analytics feels compelled to address political leaders in Germany regarding several key points to put emphasis on the rights and wrongs in the current discussion and provide a clear non-biased view on solar PV in Germany. It has therefore produced a critique of the proposed changes to the German solar feed-in tariff. 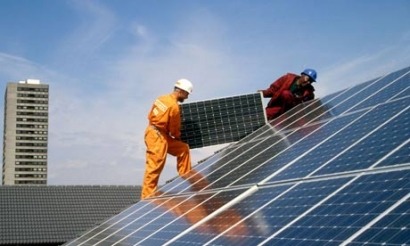 Over the past ten years, through vision and global leadership, Germany has propelled solar PV to cost competitive levels with broad scale. Since 2002, the installed system price of solar PV has declined from 12.00 Euros per Watt to 1.60 Euros per Watt; an unprecedented decline of 85% which makes solar PV today cheaper than retail electricity prices for all of Germany.

Through the course of building this industry, Germany has created 150,000 jobs and billions in exports per year. While Asian manufacturers have gained share in manufacturing modules, Germany is still the global leader in inverters and cell manufacturing equipment, both of which are key technologies. With solar PV pricing at below grid parity, Germany has the opportunity to leverage its high-tech expertise to be a global leader in energy storage. Storage is a market that in five years could far exceed solar PV in exports and jobs created.

Solar PV is also of critical importance for energy independence and national security. The proposed changes would significantly reverse the progress and achievements made thus far. Clearly the proposed changes originated from utilities with higher cost nuclear plants that are threatened by the solar PV industry. By producing peak power close to the end customer, at a price that is below retail electricity prices, solar PV makes nuclear energy unnecessary and irrelevant. The German lawmakers and citizens must not lose sight of the fact that these changes represent the interests of a very few and are not in the benefit of Germany as a country.

As a global leader in research on the solar PV industry, Renewable Analytics feels compelled to address political leaders in Germany regarding the following key points to put emphasis on the rights and wrongs in the current discussion and provide a clear non-biased view on solar PV in Germany.

•    Number of bankruptcies increases and remaining companies facing investment insecurity due to volatility of feed-in tariff cuts.
•    As a response to short term volatility of the regulatory framework, investors will require a higher return for their investments compared to risk-free investments (Spanish government bonds have a higher risk premium than German government bonds because their risk of default is higher).
•    Proposed feed-in tariff cuts would be stronger than decline in pricing in 2012.

System and module prices will not continue to decrease at the same pace as seen in previous years:

Chinese manufacturers are dumping their products:

•    PV manufacturers around the world have created overcapacities along the supply chain.
•    This overcapacity has resulted in severe price decreases (supply and demand dynamics).
•    Due to the decrease in prices many manufacturers are no longer operating profitably and face the risk of leaving the market, as they are operating at a loss.
•    German solar PV companies have lost substantial market value over the last two years.
Decrease in support for solar PV is detrimental for German technology leaders:
•    A total of 150,000 people are employed in the solar industry in Germany.
•    Solarworld and SMA Solar are technology leaders in cell and inverter manufacturing with large exposure to the German market.
•    The German solar industry is an export driven business.
•    Upstream equipment manufacturers like MANZ and Centrotherm are affected by volatility in demand for solar, as their customers need long term certainty to commit to investments in equipment.

•    Minimal added costs by continuation of solar subsidies.
•    Decreasing the installation target corridor for PV does not adequately reflect the growth potential of this technology in Germany.

Germany is very well positioned to be a leader in energy storage:

•    The usage of energy storage at the location of the end customer eliminates the need for new construction of high powered transmission lines that are both costly and hazardous in many ways.
•    The continuous financial support of self-consumption can help establishing an energy storage industry in Germany.
•    The manufacturing, high-tech industry of Germany has the experience and core technologies to be a leader in storage.
•    BMW already invested €530 million in storage technologies and electric vehicles.
•    The coupling of storage with solar PV will enable a more rapid emergence of a market with scale for storage. The resulting falling costs will drive market adoption for solar PV as well as for electric vehicles.
•    If the proposed changes are accepted, the market for storage will take many more years to develop, resulting in stranded investments and a lack of job sustainability and creation.

•    European gas imports are tied to the price of oil, so the EU and Germany are hit doubly hard from rising oil prices.
•    Energy security is a function of energy independence. Currently the vast majority of natural gas is imported from Russia via two pipelines that cross many countries facing political turbulence.

•    Close to 140,000 German citizens signed a petition against the cuts and more than 11,000 people participated in demonstrations to show that the continued support of solar is accepted by the broad public.

[Editor’s note: Many thanks to Renewable Analytics for providing this critique. Graphs showing the trends outlined in this article are available on the company’s website.]