Tuesday, 08 February 2022
0
REM
The Swedish solar energy company Midsummer has signed a major agreement with the Italian roof manufacturer Unimetal, the second similar agreement in a short time. Unimetal will buy solar panels from Midsummer Italia for just over SEK 90 million per year for five years. They will be manufactured at Midsummer's new factory in Bari. 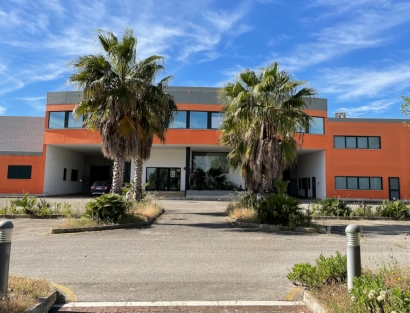 "Our mega-factory in Italy for the production of light, flexible and discreet solar cell roofs has got off to a flying start and it has not even started producing yet. The two recently signed agreements mortgage a large part of the factory's annual production, which gives us revenue right from the start, stability and predictability. And they are proof that our international investment is completely right and that the market potential in southern Europe - with large subsidies and a favorable climate for solar energy - is enormous," said Sven Lindström, CEO of Midsummer .

According to the agreement, Unimetal will buy up to 5 MW of Midsummer's Italian-made solar panels at a price of SEK 90 million per year for five years, which gives a total contract value of just over SEK 450 million for deliveries of a total of 25 MW panels over five years.

As part of the same agreement, Midsummer Italia will purchase up to 50,000 square meters of metal panels from Unimetal for a price of 1.5 million euros per year for a period of five years. The metal panels will be sold together with Midsummer's solar panels to the southern European market. (The quantities in the supplier agreement are not binding on either party, and the prices may also change under certain conditions.)

Unimetal is a company that has been active for several years in sheet metal warehousing and manufacturing of roofs for civil, industrial and agricultural applications. It is headquartered in Torre San Giorgio, just south of Turin in northern Italy. It is a subsidiary of Idrocentro , a large Italian distributor of building materials with more than 50 stores.

The second big deal in a short time

In December last year, a similar agreement was concluded with the Italian manufacturer of curved roofs Medacciai , for deliveries of 3.5 MW solar panels worth 6.3 million euros per year for five years.

"Our thin-film panels with self-developed technology give the customer light and bendable beautiful solar cell roofs that look like ordinary roofs. We have large customer groups who want aesthetically pleasing roofs and / or light panels that can be installed on thin and weak roofs, often commercial buildings. They are simply not interested in traditional heavy and rigid silicon panels and we have a superior competitive advantage here," says Lindström.

In October last year, the Italian authorities decided to grant Midsummer Italia start-up support in the form of grants and soft loans corresponding to approximately SEK 386 million to start large-scale production of thin, light and environmentally friendly solar cell roofs in Italy. It is part of Italy's 'Recovery and Resilience Plan', which includes around €190 billion from the EU.

Midsummer Italia is expected to start production of panels in its new factory in Bari at the end of this year. With 50 MW annual production capacity, the factory will be the largest plant in Europe for the production of thin-film solar cells.