Monday, 14 October 2013
0
Richard Crume
What do you do with a mountainous and forested area, about half the size of Rhode Island, that is so contaminated with radioactive material that it is not safe to live in? 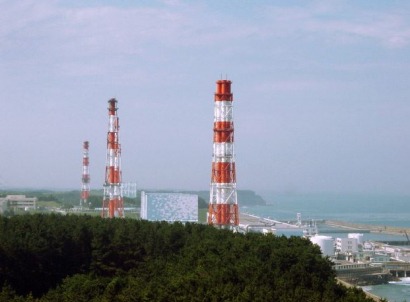 That is the question facing Japan as thousands of evacuated residents still cannot return to their homes more than two years after the Fukushima Daiichi nuclear plant meltdown. The Japanese have been working hard to clean up the contamination, but progress is slow, and in many areas the radioactivity levels remain unacceptably high.

One idea that is taking shape just offshore of the nuclear plant is to build a high-tech wind farm that will eventually bring electric power to thousands of homes.  Located 20 km from the coast, the 2 MW Fukushima Mirai wind turbine will begin operation soon, and two more turbines will be installed within two years. Combined, the three wind turbines will provide power to more than 10,000 homes.  This installation is the first to have a substation that floats along with the turbines.

With Japan’s nuclear power industry idled, the urgency grows daily for more energy alternatives and improved energy efficiency in homes and businesses. Coal and gas imports have increased, but many climate-conscious Japanese see fossil fuels as temporary solutions at best. (Greenhouse gas emissions have increased 7.4% compared with the year before the Fukushima Daiichi meltdown.) And with each new revelation about a leak or malfunction at the nuclear plant, interest in renewable energy and energy conservation multiplies. As a result, research and development into alternative energy is way up over past years.

Realizing that renewable energy like solar and wind power alone cannot solve Japan’s energy crisis, the government is encouraging greater efficiency in energy use to better balance energy supply and demand, and work is underway to develop smart power grids to improve power transmission and distribution. Also, the government’s Smart City initiative is helping to merge the latest energy technologies with lifestyle changes, with the goal of reducing residential and commercial energy consumption in Japan’s cities.

Other developments include an increased focus on next generation fuel-cell and battery powered cars, the use of sophisticated building energy management tools, new high-efficiency gas turbines, improved railway battery storage systems, and increased production of efficient LED lighting. Manufacturers are working toward trains and electric motors that are 40% more efficient, and a new Honda factory features power consumption well below conventional factories. Meanwhile, deregulation is reducing by half the time required for wind and geothermal environmental assessments while facilitating recycling, community power projects, and small cogeneration operations.

One energy-saving step seen on the streets of Tokyo is the Super Cool Biz attire worn by office workers in the summer to stay cool while office air conditioning is cut back to 28°C (82°F). Office workers are also encouraged to turn off lights and office equipment when not in use. Cool Biz has spurred global innovation, such as Triumph’s Super Cool Bra, which features a gel that when placed in the freezer for a few hours helps cool the body while remaining soft. (An attached miniature wind chime gives the impression of a cooling breeze.)

Nuclear energy in Japan may eventually return, and fossil fuels will probably be part of the energy mix for years to come. But in the wake of the Fukushima Daiichi disaster, Japan is taking a fresh look at energy alternatives and investing like never before.