What have we learned from the Fukushima Daiichi Nuclear Plant disaster?

Thursday, 31 January 2013
1
Richard Crume
What did we learn from the Fukushima Daiichi meltdown and subsequent evacuation of tens of thousands of Japanese, many never to return home again? Apparently not much, if new Japanese Prime Minister Shinzo Abe has anything to say about it. 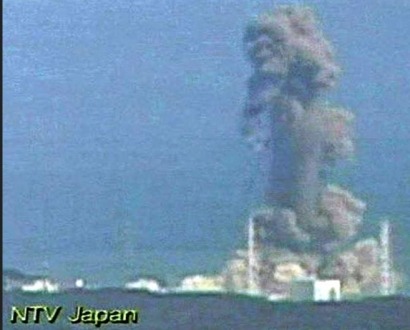 In his first televised interview since taking office, Abe commented that he actually wants to build more reactors, although completely different from those at the Fukushima plant. “With public understanding, we will build anew.”

Abe’s statement is a 360-degree turnaround from his predecessor’s policy of phasing out nuclear power by 2040. Under Abe’s leadership, the new government policy favoring nuclear power may put a damper on future renewable energy projects, which have lately gained popularity in Japan at a time when most nuclear plants remain out of operation.

As we approach March 11, 2013, the two-year anniversary of the Great East Japan Earthquake and Tsunami, the implications of this disaster are still not fully understood. While we have a good handle on the number of people killed, injured, and missing (see statistics below), the long-term health consequences of the Fukushima meltdown are difficult to ascertain. About 160,000 people remain evacuated from their homes due to high radiation levels.

Worry over future nuclear plant accidents in this earthquake-prone country has caused many Japanese to question the restarting of existing plants, let alone the building of new ones. But public opinion is shifting, and now an increasing number of Japanese are accepting Abe’s view that continued growth in the nuclear power industry is essential for reversing Japan’s near economic collapse. Given that nuclear power represented about 30% of electrical generating capacity before the Fukushima disaster, concern over replacing this capacity is understandable.

Municipal governments that host nuclear plants are also having a change of heart, largely driven by local economics. Over half of cities surveyed would approve restarting their idled reactors if safe operation could be assured by the national government. Many of these cities would have difficulty surviving without the jobs provided by the local power utilities.

Despite the nuclear policy shift, the renewable energy sector remains strong in Japan, as many cities are taking steps to reduce their fossil fuel dependency as part of broader climate change initiatives. For example, this past summer, while interviewing scientists in Osaka’s environmental office, my wife and I witnessed the extraordinary resolve of this large (population 2.6 million) and diverse metropolis to reinvent itself as a low-carbon, recycling-focused society while achieving ambitious greenhouse gas reduction goals (80% below 1990 levels by 2050). The city’s vision includes:

Despite the progress made in stabilizing the disabled Fukushima nuclear plant, radiation levels near the plant remain high, safe disposal of contaminated wastes is an ongoing issue, and fish caught near the plant continue showing high radiation levels. These problems are compounded by reports of workers dumping radioactive wastes into rivers and corruption in the handling of cleanup funds.

If new nuclear power plants are to be built, there are no good options for solving the ongoing nuclear waste disposal dilemma. And with recent revelations about existing plants being located near fault lines, no one can be sure a new plant could withstand a major quake occurring nearby. (New guidelines prohibit nuclear plant construction directly on top of an active fault line.) An editorial in the Mainichi newspaper challenges the logic of building more plants:

On Dec. 7, 2012, a magnitude-7.4 earthquake struck off the Sanriku coast, and a one-meter tsunami was recorded. Experts warn of an aftershock of yet larger magnitude, together with the possibilities of huge plate-based quakes in the Tokai, Tonankai, and Nankai regions, and a large quake on the Sea of Japan side of the country. It is said that the Japanese archipelago has entered into a period of quake activity. Yet despite being one of the world's most earthquake-prone nations, Japan is home to more than 50 nuclear reactors – and a host of unsolved problems accompanying them.

As I see it, the Japanese people are genuinely committed to renewable energy and sustainable growth, perhaps more so than other industrialized counties. At the same time, a growing segment of the population seems to be accepting Prime Minister Abe’s view that more nuclear power is needed to address the nation’s economic woes and maintain its industrial vitality. Other industrialized nations are also struggling with energy priorities, but in Japan, the energy issues are more acute and the risks higher.

And the recovery process is only partially complete, according to these statistics from the Japan Reconstruction Agency: