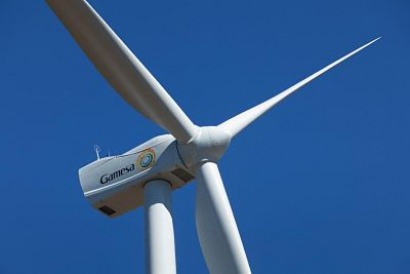 Two of the orders are engineering, procurement and construction (EPC) contracts for wind farms with a capacity of 50 MW and 30 MW respectively with a third contract worth 50 MW. This brings Gamesa’s presence in India to 1,300 MW over the course of 2015, an increase of 54 percent year-on-year.

The first order relates to the installation of 25 G97-2.0 turbines at a site in the state of Gujarat, which is expected to be commissioned in September 2016. The second order concerns a site in the state of Madhya Pradesh, where Gamesa will install 15 G97-2.0 Class S turbines. This will be commissioned during the first quarter of this year. Both are turnkey contracts which means that the company will handle all the infrastructure needed to install and operate the developments, as well as operating them on a long-term basis.

The G97-2.0 Class S is a new turbine which has been designed specifically for the Indian market, particularly suitable for maximising performance at low wind speed sites. The model will also be deployed at the third site, also in Madhya Pradesh, with a total of 25 turbines maintained by the company over a long-term horizon. This will also be commissioned in the first quarter of 2016.

Gamesa has been the number one original equipment manufacturer (OEM) by market share in India over the last two years and has operated in the country since 2009, installing more than 2,270 MW and services over 2,000 MW under operations and maintenance (O&M) agreements. In addition, in its capacity as wind farm developer, it has developed some 1,435 MW.