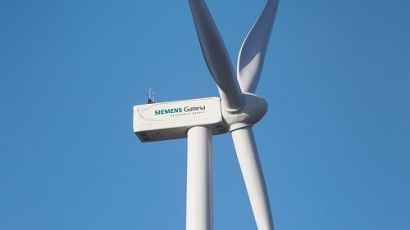 The scope of the contract includes the supply of 24 units of the new SG 4.5-145 wind turbines with a flexible power rating of 4.2 MW for Parque Amistad III and 36 units for Parque Amistad IV, located in Acuña City, in the northern State of Coahuila, Mexico, for a combined total capacity of around 249 MW.

These projects represent the first order worldwide for the new generation of onshore wind turbines greater than 4 MW with best-in-class LCoE, a tower height of 107.5 meters. The SG 4.5-145 offers a flexible power rating from 4.2 MW to 4.8 MW depending on site conditions and has a rotor diameter of 145 meters. It is optimized for medium wind onshore locations to maximize energy production with low noise emission levels.

“We are very excited to be able to provide our new generation of onshore wind turbines to Enel Green Power’s projects,” said Jorge Lobatón, Onshore Managing Director for Mexico and Latam. “We look forward to the successful implementation of Amistad III and IV. These projects are two of the most relevant wind farms projects in Mexico, which will position the state of Coahuila as one of the main players in renewable energy in the country.”

The scope for both projects includes a five-year service and maintenance contract after commissioning of the turbines, which will be manufactured in Spain and China (nacelles) and Mexico (blades and towers).

Across Mexico, Siemens Gamesa has provided more than 2.3 GW of output capacity for more than 25 project sites. The company has a strong footprint in Mexico consisting of third-party manufacturing, service and offices.