Thursday, 29 August 2013
0
Robin Whitlock
Despite claims that the UN’s Aarhus Convention ruling would be a ‘game changer’ for the UK wind sector, industry associations and the government deny that it will have any real effect 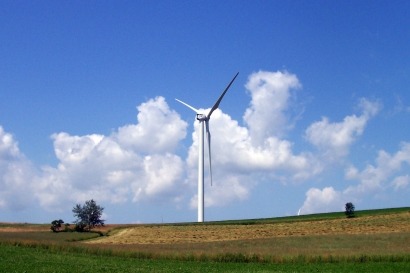 A UN legal tribunal has ruled that the UK government acted illegally by denying the public decision-making powers over the approval of UK wind farms and the “necessary information” over their benefits or adverse effects, according to an article in The Independent newspaper this week.

The ruling was agreed by a United Nations committee in Geneva and calls into question the legal validity of any further planning consent for UK wind farms, both onshore and offshore, the paper says. The controversy surrounds the UN Economic Commission Europe (UNECE) declaration that the UK flouted Article 7 of the Aarhus Convention, which requires full and effective public participation on all environmental issues, demanding that citizens are given the right to participate in the process. The committee also recommended that the UK must open up all future plans and programmes that are similar to the National Renewable Energy Action Plan (NREAP) to public participation. The ruling follows a complaint made by Christine Metcalfe, a community councillor from Argyll in Scotland, who claimed that the UK and EU had breached citizens’ rights under the Aarhus Convention.

The Independent claims that it is a game changer for the coalition’s renewable energy policy, particularly with regard to wind farm development. However, the trade association RenewableUK is looking at the ruling closely and a spokeswoman from the association has already said that the association does not expect project development to be derailed.

“It appears [the ruling] is not that the government didn't consult [on NREAP], but that they didn't demonstrate they had taken into account all the evidence they received” the spokeswoman said. “NREAP is based on the Renewable Energy Strategy, which was consulted on heavily. This is not going to affect projects on the ground.”

Maf Smith, RenewableUK’s deputy chief executive commented: "It is important to note that NREAP is not a planning document and the committee rejected a number a challenges made in this case and a specific claim on a wind farm application. Therefore, all the relevant material policies and processes were shown to be compliant. The recommendations falling out of the ruling would only affect a future NREAP so it’s hard to see what changes as a result of this ruling.”

The Department of Energy and Climate Change (DECC) has commented that it is disappointed with the ruling but does not expect it to adversely affect deployment of wind energy projects on the ground.

“The United Kingdom is of course aware of its obligations under article 7 and will seek to act in compliance with them where those obligations apply” a DECC spokesman said. “We are disappointed that the Committee has decided to make a finding of non-compliance with respect to article 7 as it applies to the United Kingdom's National Renewable Energy Action Plan (NREAP).”

The DECC spokesman added that the committee had actually found in favour of the government with regard to all the other aspects of the complaint, including the planning decisions on the wind farm involved in councillor Metcalfe’s complaint.

The Aarhus Convention is also known as the Convention on Access to Information, Public Participation in Decision-Making and Access to Justice in Environmental Matters. It is named after the Danish City in which it was first established during a UN summit. It establishes various rights for citizens and associations with regard to environmental matters such as the right to information relating to health risks and also ensures the public get a say in the development of environmental projects such as wind farms.