All Renewable by 2030? Two-Thirds of Americans Say Yes

Monday, 06 May 2019
0
Al Maiorino
A recent poll by market research company, Morning Consult, found that nearly two-thirds of Americans felt it was "important" or "very important" for our nation to be 100 percent renewable by 2030, and that this was the most important step to fighting climate change. Two-thirds of Americans can’t be wrong, can they? So what’s standing in the way? 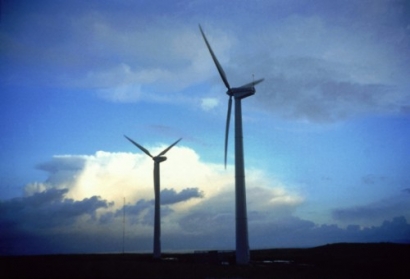 To cite "public opposition" as a main barrier to be overcome might be too much of a reach.  However have you ever heard of public opposition to renewable projects speeding up approvals?

RES just canceled a wind farm project in the UP of Michigan "due to factors including delays in the planning process".   Republic Wind's Seneca Wind Farm was delayed again. ("Seneca Wind Project Delayed Again",  April 4, Toledo Blade).  Countless projects are being slowed or even canceled, which will only continue to push the "2030" date further out of reach.

The most damaging delays of all are moratoriums.  Wind farm moratoriums can delay projects for months, or even years.  Often communities will want to "review their wind regulations" and hit the pause button on new projects.  This button does more than pause - it often leads to wind farm developers looking elsewhere.

There are numerous steps wind farm developers can take to avoid delays or cancelation of projects.   We have outlined these steps often, however let's dig deeper into tactics that can help you build a coalition of supporters for your wind farm project, and harness them into action.

Media Relations - When announcing your project, sit down with reporters and editors of local newspapers or online papers to review the project, hand out the facts and benefits. When articles are printed on the project, you want them to at least have your facts and include you in the piece.

Forums - Hold open houses and charettes on the project. Mail invites to neighbors, or those in the closest view shed of the turbines, and invite them, along with other community members.

Promote- Using direct mail, social media platforms and a website, your project must be promoted.  Have a portal to answer resident's concerns, and a portal for residents to support the project.

Meetings - Meet with community stakeholders and residents who announce their support of the project.  Enlist them to write editorials, letters to the editor, e-mail local and regional leaders in support, and attend public hearings and speak in favor of your project.

Keep Track - Have a database of supporters so that you can reach out to residents prior to key meetings and public hearings. This simple step is often forgotten on renewable projects. The database can have your supporter's e-mail, phone, address and notes. Some supporters will do more than others, and it is critical you differentiate this.

Letters - Land use, including wind farm siting, should not be a popularity contest, but often is. Ensuring that residents send e-mails, letters and contact elected officials in support of your project may be the most important step to swaying political leaders of any project. Elected officials need to hear from their constituents.

Early planning, intense outreach, and coalition building can help you avoid delays and cancelations and move your wind projects forward.

Al Maiorino started Public Strategy Group, Inc. in1995. His firm has developed and managed multiple corporate public affairs campaigns in a variety of industries such as gaming, cable television, retail development, auto racing, energy and residential projects. Additionally, his firm has worked on projects in twenty-six states and three countries.