Bringing Communities on Board with New Projects in 2017 and Beyond

Saturday, 03 December 2016
0
Al Maiorino
An unexpected victory by President Elect Donald Trump has left many in the renewable energy industry asking how new leadership will impact the industry in the United States.  On a national scale, advocacy for a sustainable path forward could easily see a shift in messaging, from emphasis on overall reduction of carbon emissions to jobs and economic growth as a basis for expansion of the industry. 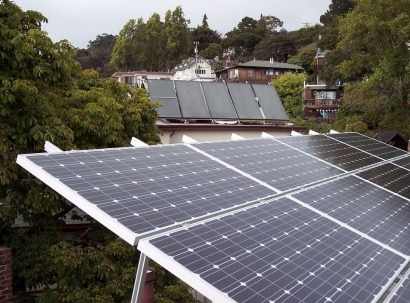 Shifting the dialogue to the economic output results in this manner can be an asset to renewable companies as it has the potential to help prime audiences to be more receptive to acknowledging the jobs and revenue these proposals will bring to their own local communities. Renewable companies should capitalize on this message as new projects are proposed.

Outgoing Environmental Protection Agency Administrator Gina McCarthy called the transition to a low-carbon economy “inevitable” due to the threat of global climate change. However, while the benchmarks are there to set the broad scale objective, public opposition often arises and prevents individual projects from ever coming to fruition.

Groups form quickly to resist taking on the responsibility of perceived aesthetic, noise, and health threats as a result of fulfilling clean energy goals in their own community.  The sentiment manifests itself as, “If it’s inevitable, let it happen elsewhere.” Meanwhile, the silent but often supportive majority remains passive.

Companies supply economic benefits regularly as part of an application. However, perhaps against the shifting political backdrop, now is the time to draw upon the country’s overwhelming desire to create and maintain jobs across rural America. Framing the message as what is at stake in real communities creates a greater likelihood of resonance when presented through the appropriate channels.

In today’s 24-hour news cycle, companies must interact on the platforms their supporters engage on to identify support, set the message, and equip advocates with the tools they need to spread grassroots support for any renewable project.

An open house is an effective way to introduce a renewable proposal to the community. Allow community members to interact one-on-one with project experts and provide handouts and information about resources which attendees can visit to learn more. Invite the media as well as stakeholders to establish the facts and build trust with public officials and the community outside of the local approval process.

Project Website
Any creditable project should have a website or landing page committed specifically to the project. Include a feature that allows viewers to instantly send letters of support to public officials directly from the page. This feature should work from any device to enable supporters to send letters anywhere while on the go. Additionally, a dedicated website allows viewers to obtain grassroots resources including fact sheets, infographics, suggested language and more to acquire new support through sign up forms on the website.

Digital Advertising
Web ads are a cost effective way to drive website traffic or publicize events. They can be placed on the local news websites that the target audience likely frequents and geotargeted to reach residents of the locality in which the project is proposed. More intricate targeting exists for ads served to mobile devices for many news sites as well.

Social Media
Due to the volume of information consumed on social network sites, often social network users view or engage with sponsored content before they even realize it is a paid advertisement. For example, since Facebook ads appear directly in audiences’ newsfeeds, renewable energy companies can use these to serve content and calls to action to almost any demographic through paid ads. To be most effective, each project should have its own dedicated Facebook page, which costs nothing to create. Then by placing ads that promote the page on any budget, the page will be put in front of the target audience to raise awareness of the issue and solicit engagement. Once the page has a decent following, it will begin to grow organically as viewers share content to spread the word. While Facebook has the capacity to reach over a billion people, it is most useful to renewable companies that seek to reach a narrow population in a town or county.

Database Development
When supporters are identified through events, the website and Facebook page, they should be added to a database and coded for their level of support. From here, phone numbers, addresses and political district information can be appended to build a core database of support that allows for targeted outreach. Additionally, opponents and undecided members of the community should be coded to organize outreach accordingly. Gaining support at the margins, primarily within the undecided category, can be the difference between project approval and defeat.

Direct Mail
In order to educate community members on the benefits of the proposal, introduce a new project to a community by mailing all households in the target area in which you are seeking approvals. Direct mail will help spread the word about the new digital platforms to drive traffic and spread awareness about the key messaging points.

Regardless of how the conversation about renewable energy expansion manifests itself across the globe, it remains clear that a concentrated effort to build relationships with supporters of any renewable project is essential.

All land use is local, and as a result, public support must be demonstrable and visible to public officials and entitling agencies. Therefore, companies must find ways to connect the benefits of renewable projects to the lives of community members to inspire the letters and emails to public officials, letters to the editor and speaking at hearings that matter to officials.

Proactively educating audiences and asking them to get involved will always help make the supportive voice strong to prevent costly delays or outright defeat.