Wednesday, 04 May 2011
0
At a jointly hosted conference this week, the European Renewable Ethanol Association (ePURE) and European farmer’s body Copa-Cogeca have joined forces to criticise European Commission plans to introduce an ILUC factor for biofuels. 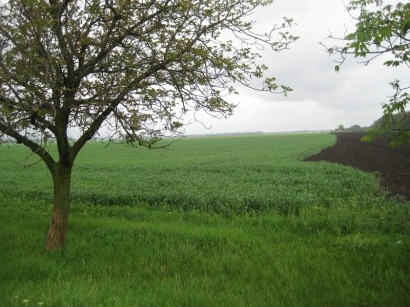 At the meeting, organized to examine the Commission’s current thinking on indirect land use change (ILUC), both organisations urged the Commission to step back from considering introducing unwarranted and punitive measures on the European ethanol and farming sector. In a December 2010 communication("Biofuels: Commission adopts Report on indirect land use change"), the Commission suggested that it may introduce an ILUC factor as part of its plans for dealing with the so-called ILUC effects of biofuels. ePURE and Copa-Cogeca believe that such a factor would render the European biofuel industry no longer viable.

The focal point of today’s meeting is a set of well-researched presentations by several ILUC experts. These experts all agree that the current modelling is simply not adequate as a basis for good policy-making and that by using up-to-date data, which draws on proper assumptions as a starting point for these models, the variation in outcome is considerable. Such is this variation that models that used to show emissions above 104 g CO2/MJ now show emissions closer to zero.

“The massive variation in results from the modeling work should be reason for extreme caution by policy makers”, said Rob Vierhout, ePURE’s Secretary General. “The European ethanol industry needs to have unequivocal proof that the science behind ILUC modeling is sound before any further action is taken. An ILUC policy based on immature and questionable science will have no legitimacy. ILUC is a far too complex an issue for any quick policy fix. Furthermore, and as opposed to what some would lead us all to believe, it is not just a biofuels issue”, Mr. Vierhout pointed out.

“The ethanol industry has the strong impression that it is going to be penalized for something it is not responsible for, such as deforestation. Instead, this industry should be rewarded for bringing idle land in Europe back into productivity and for providing vital co-products for the food sector. On top of that ethanol helps Europe meet its renewable energy goals, contributes towards decarbonizing the transport sector, provides farmers with additional income and sustains jobs in rural areas”, said Mr. Vierhout.

A major problem with the current models is that they do not take into account the food co-products of ethanol production. These co-products are used for cattle feed and are vital to the agricultural sector by helping reduce Europe’s dependence on protein feed imports, such as Soya meal from Argentina. These mitigating effects of co-products must be included in any modelling of ILUC. “Let us be clear here: ethanol produces food and fuel”, added Mr. Vierhout.

For every tonne of sugar beet or cereals used for ethanol production, one-third will re-enter the food chain as high protein animal feed or gluten for food and feed applications.