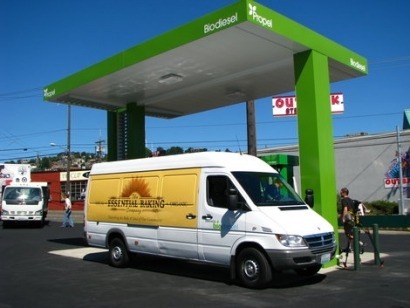 The announcement brings to a close almost two years of investment-blocking policy paralysis in the low carbon fuels sector, due to the constant debate over which biofuels should count towards EU biofuels targets.

Environmental groups have regularly pointed out that particular biofuels have higher lifetime emissions than the fuels they are intended to replace due to land use (indirect land use change - ILUC) factors such as clearance of rainforests for energy crop production. However, advanced biofuels, such as algae or agricultural residue, avoid such problems and therefore are arguably more sustainable. The debate has focused on the speed of transition away from first generation biofuels, with industry groups arguing that targets are necessary to drive investment forward and environmental groups responding that an unambitious cap will cause more agricultural land to be turned over to energy crop production thereby increasing food prices and encourage more forest clearance.

In turn, according to the REA, this has caused the sector to ‘flatline’ due to policy uncertainty, threatening thousands of potential jobs.

The REA continues to oppose the use of ILUC factors in greenhouse gas accounting for biofuels, however the proposals should give the existing biofuels industry room to grow and invest in the development of advanced biofuels with even greater greenhouse gas savings. The REA also remains opposed to multiple counting towards the overall renewable energy target, as this effectively reduces the requirements for renewable heat and/or power, without actually reflecting a real increase in renewable transport energy.

The proposals will go to second reading in the new European Parliament before becoming law. All EU Member States are committed to securing 10 percent of transport energy from renewable sources, such as biodiesel, bioethanol and biomethane, by 2020. At present the UK Renewable Transport Fuel Obligation (RTFO) is set at 4.75 percent (by volume – equivalent to 3.8 percent by energy) and the government has previously stated that it would not raise the RTFO beyond this year due to the ongoing uncertainty over the ILUC dossier. With this issue now resolved, the REA is calling for the Department for Transport to set out the RTFO to 2020 in order to deliver the policy framework investors need for both current and advanced biofuels.

“This is a compromise that will frustrate parties on both sides of the debate, but the overriding feeling is one of relief that the ILUC saga is finally drawing to a close” said REA Chief Executive Dr Nina Skorupska. “Our members and stakeholders have grappled with this issue for several years, when they would rather have been focusing their efforts on creating jobs in sustainable biofuel production. We urge the Government to get its own house in order now so that the transport sector can get the low carbon momentum back on track and catch up with the progress being made in renewable heating and electricity.”

Friends of the Earth biofuels campaigner Robbie Blake said that the compromise is still far from perfect and that the measures that have been agreed remain very weak, adding that the reckless use of food crops to fuel cars should be phased out altogether.

According to Energy Secretary Ed Davey, the UK has always wanted “strong effective action on ILUC” so that the country only supports the most sustainable biofuels. The government has therefore argued consistently for a 5 percent cap. He added that the 7 percent cap now agreed by the EU Energy Council is regrettable, but that given the divergent views involved the government can support the compromise package as it stands and that it is preferable to the status quo that would have seen no restrictions imposed at all on the expansion of food based biofuels.