Monday, 02 December 2019
0
REM
New research by carwow has revealed that electric cars win big when it comes to value for money and mileage. According to the company, electric cars can take passengers further on just £5 than rival modes of transport. 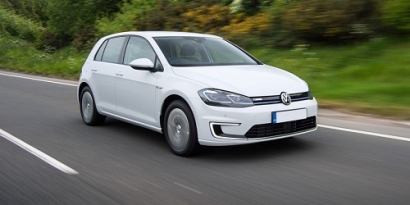 According to carwow's testing, electric cars beat the closest competition of diesel cars, on average, by 45 extra miles of driving.

Currently, there is widespread confusion around how far electric cars can travel and at what cost, with 35 percent of residents stating their biggest concern about electric cars is 'getting stranded'.

With the revelations of this research helping to ease consumers' 'range anxiety', carwow has also launched an interactive map of all of the electric car charging points in the UK. The map shows there are currently over 20,000 across the whole of the UK. By showing just how far you can go for only £5 in an electric car, carwow hopes the new research will help prospective buyers adopt the new electric car technology rather than write it off in favor of more 'traditional' choices.

Mat Watson, Car Expert at carwow said, "Some people might be surprised to see that you can travel pretty much double the distance in an electric car than you can with diesel or petrol, but you can't argue with the data. That said, 'range anxiety' is understandable, particularly as the main battery operated tech the average person will be familiar with is the mobile phone.

“Undoubtedly more needs to be done when it comes to educating people about electric cars, their benefits and their feasibility; ultimately the choice to move to an alternative fueled vehicle will be a personal one, depending on where you live and how much local investment there has been to infrastructure as the roll-out has not been even, but progress is being made rapidly. We hope our findings will help, because it really does seem that in years to come, we could be together in electric dreams.”

To calculate the distances, carwow used the Volkswagen Golf across each of its electric, petrol and diesel versions and calculated cost based on current regional electricity and fuel prices. Local public transport prices from each of the 10 chosen cities were also researched to discover how far £5 would take you on the bus or train.

The 10 cities used were: