Clean Energy Portfolios and stranded assets: An interview with Alex Engel of the Rocky Mountain Institute

Monday, 18 June 2018
0
Robin Whitlock
The Rocky Mountain Institute (RMI) launched a really interesting report last month (21st May), The Economics of Clean Energy Portfolios, revealing that low-cost clean energy is threatening to leave conventional energy facilities, such as natural gas plants, as ‘stranded assets’, even at current historically low gas prices, even before they are built. 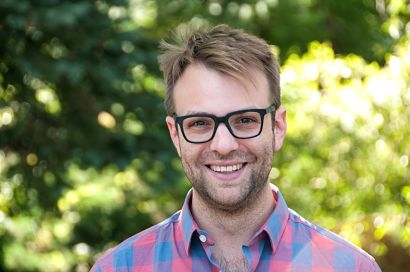 The report concludes that investors and customers should not be fooled by a “rush to gas”, despite utilities and plant developers having announced plans to invest over $110 billion in new gas-fired plants through 2025. It compares the costs of four natural gas-fired power plants, currently being proposed across the US, against optimised, region-specific, clean energy portfolios that can provide the same services and shows how technological innovation and cost reductions in renewable energy are also now threatening the profitability of existing gas plants.

REM talked to Alex Engel, the author of the report, who explained more about what is going on.

Can you tell me more about your background and the Rocky Mountain Institute?

I started at RMI about ten months ago after finishing a sustainability-focused graduate programme at the University of Michigan. Since joining RMI I have worked on a couple of projects, this report we’ve just released was the big one, but I’ve also been doing some work on utility co-ops here in the western United States, and our facilitation programmes, where we bring multi-stakeholder teams together to work on solving problems involving energy transition.

RMI is an independent non-profit “think-and-do tank” founded in 1982. We work with businesses, communities and other institutions to accelerate the adoption of solutions that cost-effectively shift from fossil fuels to efficiency and renewables.

The report basically says there is a danger of stranded assets among gas-fired power plants. Can you say a bit more about that?

We did this research because of the current realities of the US electricity system. A lot of the current power plants were built thirty, forty, maybe even fifty years ago. They are coming to their end of their useful physical and/or economic life. That is driving the need to replace them. The default choice for most utilities would be to replace retiring coal and nuclear plants with new gas-fired power plants. So, ageing infrastructure is driving investment in new gas plants.

And then, thinking about the stranded asset issue, over the next 10-20 years, clean energy costs are predicted to decline to the point where it’s cheaper to build the clean energy portfolios than it is to run an existing gas plant. The result would be fewer operating hours than were planned, and eroded revenue for the owners of the plant—turning the plant into a white elephant well before it’s reached the end of its useful life. That kind of stranded asset then becomes a burden to ratepayers of vertically-integrated utilities in places with cost-of-service regulation, or in deregulated markets, that burden would fall to merchant generators and their investors. That’s the big picture of why we did the research.

By ‘stranded assets’ you mean assets that can’t be used because they’re just so unprofitable? Or are there some circumstances where efforts are made to ignore that and make the plants more efficient so that the cost comes down?

A stranded asset is an existing asset that is no longer competitive with other potential options that provides the same services. The best examples in the US these days are coal and nuclear plants that have been stranded by natural gas plants whose operating costs have fallen over the last ten years as a result of low gas prices in the US. The easiest way to think about it is in deregulated markets where plants are dispatched (at least to first approximation) in order of their operating cost so that the cheapest plant is dispatched first, then the next cheapest, on and on until enough plant capacity is available to meet the system’s load, all generators then get paid the price offered by the marginal plant. It used to be that coal and nuclear plants were the cheapest, but in recent years they have been undercut by gas plants. If a renewable developer looks at the prevailing prices and they are higher than renewable development costs, the developer can make money by entering the market. Because renewable generators have essentially no marginal cost, they become the new cheapest plant, undercutting existing gas plants.

Efforts to make existing thermal plants more efficient are fairly limited. One reason is that making a plant more efficient requires investment, and then the question is, does it make financial sense? Is the combination of more operating hours from lower marginal cost and fuel savings enough to make the investment worth it? In addition there are theoretical limits to thermal efficiency and practical limits to what can be achieved with an existing plant. More often coal and nuclear plants have lobbied for and occasionally gotten subsidies to allow them to continue to run even when they are not competitive in the market.

Who in the US, generally, is taking notice of this?

It ranges, in the US there is a patchwork of different markets and regulatory approaches to the electricity system so who takes notice depends on where you look. In California, the public utility commission has pushed utilities to consider DERs (distributed energy resources) when meeting grid needs and has rejected proposed gas plants whose services could be provided at lower cost by DERs. Arizona Public Service, the largest utility in Arizona held an open RFP in which only the service needs were specified, not the technology to provide them.  A battery energy storage proposal won the RFP, in the past the required grid services would likely have been met by a gas combustion turbine.

What kind of renewable energy technologies have driven this process?

The fall in prices for wind and solar technologies have made them significantly more competitive sources for energy. But I think one of the larger and more recent changes is the fall in prices for battery energy storage, which fell more quickly than many were expecting. The inherent variability of wind and solar meant that people could make a credible argument that gas or other traditional generation technologies would still be needed even with high renewable penetration in order to provide flexibility and firm capacity. This is turning renewable projects that were predictable but not controllable, when combined with storage, into options that have dispatchable characteristics.