Legislation does little to hasten the pace of decarbonisation says ACORE

Friday, 25 September 2020
0
Robin Whitlock
Texas Congressman Marc Veasey and his colleagues from the US Energy and Commerce Committee have passed the Clean Economy Jobs and Innovation Act, but the American Council on Renewable Energy (ACORE) has said the new act doesn’t do enough for American decarbonisation. 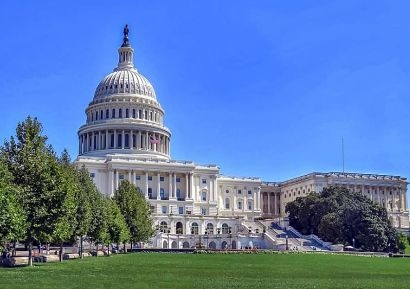 The new act is a package of bipartisan bills aiming to put America on the path to achieve a clean energy future that lifts up and protects all communities in the country. It includes several pieces of legislation sponsored by Rep. Veasey, including HR 2088, to reauthorise and expand the Energy Efficiency and Conservation Block Grant programme and HR 3607, the Fossil Energy Research and Development Act, legislation that establishes new research, development, and demonstration programmes at the Department of Energy to accelerate the deployment of technologies that reduce emissions from the power sector.

“The investments made in the Clean Economy Jobs and Innovation Act are a down payment in our fight to get the economy back on track as we address Climate Change” said Congressman Marc Veasey. “Texas has been the unquestioned energy leader for more than a century, and if we play our cards right and make the right investments, Texas will continue to be an energy leader in the 21st century. Too often, the challenge is framed as a choice between a clean and healthy environment versus a robust economy, but that’s simply not right. The kinds of jobs that come from deploying renewable energy or identifying and fixing methane leaks in the production and distribution of oil and gas are exactly the kind we’ll need to get the economy back on track after the pandemic.”

The Clean Economy Jobs and Innovation Act, introduces long-overdue reforms to US energy policy and authorises major investments in the transition to a low-carbon future. It includes programmes to develop and deploy renewable and distributed energy resources; improve the efficiency of US homes and businesses; electrify the US transportation sector; modernise the grid and enhance its resiliency; prioritise the needs of environmental justice communities; reduce carbon pollution from industrial and traditional sources; and much more. Taken together, these measures aim to provide a path towards modernising the US energy system while taking an important step to tackling the climate crisis and growing the American economy.

However, the American Council on Renewable Energy (ACORE) has commented that the act does little to hasten the pace of decarbonisation in the country and prevent America from falling behind in the challenge to counter climate change.

“ACORE has endorsed many of the renewable energy, energy storage and grid modernisation provisions in the Clean Economy Jobs and Innovation Act, and embraces the workforce diversity and environmental justice goals of the legislation” said Gregory Wetstone, President and CEO of. “But even the most productive federal R&D won’t be commercialised and deployed for a number of years, and there is precious little in this legislation to accelerate the decarbonisation of our electric grid today. What the renewable sector needs most right now is temporary refundability for renewable tax credits so that renewable energy projects can be completed in spite of a COVID-constrained tax equity market, and a delay in the scheduled phasedown of existing credits in recognition of the adverse nationwide impact the pandemic has had on renewable deployment this year. Enacting these commonsense emergency relief measures into law would stem job losses in every state, keep us from falling even further behind our climate commitments, and help the renewable sector power the nation’s economic recovery.”

House Committee on Energy and Commerce